A producer, performer, recording artist, and songwriter who has been passionately creating music and performing for audiences for more than four decades, John O’Brien “J.O.B.E.” has released seven albums to date and his many performances include shows in the US, Madrid, Amsterdam, Tokyo, Sidney, and the Caribbean.

His original recordings have caught the attention of the music media and he enjoys extensive airplay from stations including rotations on SiriusXM.  His music is also widely available on multiple Digital Streaming Platforms (DSP).

Among these, we had the chance to cover the previous “Sweet Ballet“, “STOP!“, and “That Girl is Trouble“; not to mention his long-awaited UK tour.

His current performing act, J.O.B.E. – The John O’Brien Experience, is currently in the studio recording a full-length album. Expected to be released in May 2022, that LP will be paired with a 6-city UK tour in July 2022.

This veteran is one of those who’s been capable to garner the attention of many listeners still today, with over one million Spotify streams for “The Love You Need”, his 2019 album, and thousands more through YouTube, SoundCloud, Deezer, and other digital platforms.

John’s previous full-length album, “My Revelation” (2015) was re-released in 2019 and features many of his most popular originals. It includes his radio hit “Summer Sun” and has achieved over 250,000 Spotify streams.

And to top di rosy crown, J.O.B.E. is going to repeat the memorable nights of his first-rate show with a new UK tour that will accompany the start of a beautiful mid-summer, starting with the second half of July.

“On a hot steamy night at the dance club, he is searching for a warm nocturnal with an attractive compliant woman.” This is how John introduces us to the backstory of his new work.

Then John continues to tell the story: “He finds her, or so he thought. She dances, her sexy well-built body pulsing to the thundering music and to the club’s gleaming flashing lights. She began to caress him in a tactile forward and stimulating manner — weaving her web.”

Curious to know how the story goes? Then don’t miss the chance to listen to John O’Brien’s “The Spider’s Love Web”.

The Spider's Love Web, the latest Single by John O'Brien, is available to stream on all major digital platforms. You can find your favorite one via johnobriensmusic.com/ 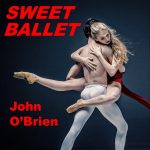 Recording artist and performer John O’Brien releases Sweet Ballet, the single and the video, taken from his highly anticipated album. 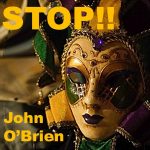 STOP!! – John O’Brien comes out with new single launching his British tour for June, plus the Interview to unveil the eternal spark of the four-decade veteran. 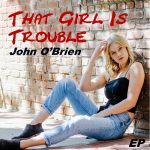 John O’Brien // That Girl Is Trouble