Bringing a collection of 12 indie rock tracks to the table, Pennan Brae’s new album ‘2 Below 0’ is a vibrant collection of tracks that also serves as the soundtrack for the movie of the same name, which saw Pennan involved not only in writing the album’s songs, but also in writing the screenplay for the film.

With a sound that reverberates with old-school rock, the Vancouver-based singer-songwriter masterfully intertwines heavy and powerful riffs, with solid and enthralling rhythms, setting up a formidable sonic backdrop that creates the right appeal to include Pennan’s distinguishable vocal performance.

‘2 Below 0’ is the seventh studio album for Brae. Here, if on the one hand he highlights all his roots in the most classic and genuine rock, on the other he shows a pure and exquisitely balanced touch in the general aesthetics of each song, showcasing his talent and his experience as a long-term songwriter and guitarist.

A gem among other gems, of all the 12 tracks from ‘2 Below 0’ the lead single ‘Pay Dirt’ is, undoubtedly, the one that stands out the most: an irreverent number that seems to draw plentifully from the ’70s sounds  closer to punk music. It has a peculiar touch, masterfully introduced by the disturbing journey in the middle of the night of the second track, ‘What I Want’, and that also comes to swing on the ’50s-inspired strings of ‘High & Jig’, to then hit with a pressing rhythm on ‘Overdrive’ up to the enthralling ‘We’re Thru’, a perfect outro track for the entire album. At the same time, it feels like it could also easily be a bridge to whatever this prolific artist will give us in the future.

Although ‘2 Below 0’ may be a new album release, the film has hit the film festival circuit, and has been screened at over 50 festivals. Together, they represent only the latest act of this multi-talented artist who, release after release, still continues to grow – evidently, not only musically.

Frostbitten & love smitten! It’s the bitterly cold Winter of 1979 as Rusty types away in his trailer. His fiancé had just left him at the alter and in response, Rusty uproots himself from Minnesota and relocates to the middle of nowhere. He’s not completely alone for Alice, whom he refuses to accept has left his side, stands nearby in the form of a mannequin. Rusty’s new utopia is disturbed by Babs, Ruth-Ann & Fran; three local bullies who developed a jealous streak towards Alice. Their reconnaissance mission begins & the snowballs fly as the temperature plummets ‘2 Below 0’, directed by Tim Cash of Far From Earth Films (http://FFEFIlms.com) & written by Pennan Brae (http://www.PennanBrae.com).

Listen now to Pennan Brae’s album ‘2 Below 0’, and find out more about his music, checking the links below: 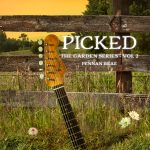 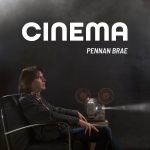