teams up with multi-talented singer-songwriter

for a vibrant and sultry

OUT on OCTOBER 23RD, 2020 – The latest from XANDOR is the official music video for his pop-infused single, “Insatiable”, featuring the multi-talented singer-songwriter and vocalist Katie DiCicco.

The transcendent pop-infused future deep house track is a celebration of the very definition of “insatiable”: an appetite or desire that is impossible to satisfy and sharing an intimate connection with someone; a part of love and the human experience.

XANDOR is a producer and DJ igniting the current and future deep house music scene with his silky, sensual soundscapes. He serves as an inspiration to fellow millennial artists pushing against the tide to succeed in a rapidly evolving music industry climate.

The son of a renowned saxophone player, music has played a big part in XANDOR’s life. After attending a JAUZ show, XANDOR’s inspiration to make electronic music — kickstarting a passion – led to professional training and over two years of focused dedication. He has performed at some of the hottest venues in Boston, including Royale, Whisky Saigon, and many others. In 2018, XANDOR released his first single, “Craving For Your Love,” an exhilarating EDM track streamed in over 25 countries worldwide.

XANDOR has also become a popular live attraction, regularly playing venues in Boston, Massachusetts, with plans for an upcoming album “ALIVE” to be released next year.

XANDOR first connected with Katie DiCicco after discovering she was the uncredited trance vocalist behind Dan Balan’s chart-topping electro-pop smash single, “Chica Bomb”. After developing the main concept of the song, XANDOR knew DiCicco’s transcendent vocals were the perfect fit for the seductive feel he was looking to convey. Shortly after, DiCicco teamed up with singer-songwriter Will Jay to write the song, resulting in a full-fledged electrifying dance-pop club hit.

XANDOR’s inspiration for writing and production of “Insatiable” came after attending ZHU’s show, where his masterful usage of live saxophones and guitars gave him the idea to write a sexy song utilizing similar elements. Having already been a huge fan of ZHU’s music, he then began brainstorming ideas around the word “Insatiable”.

“‘Insatiable’ is a vibe for everyone, regardless of whether you’re having a fling or starting a relationship with someone you deeply care about. You share intimate moments and connect on a very human level. I hope everyone can fully immerse themselves in this feeling while listening to our song!” – XANDOR 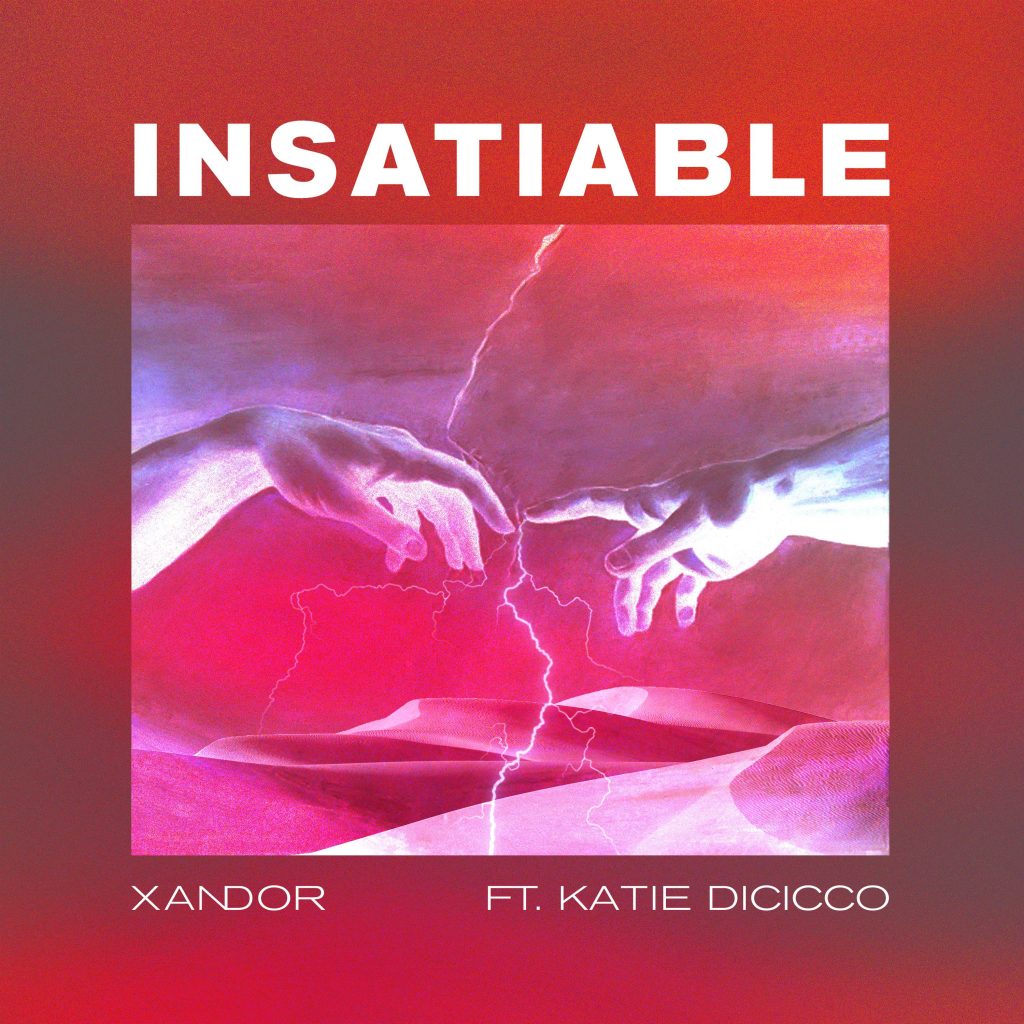 Watch now "Insatiable," the latest Video by XANDOR, feat. Katie DiCicco. The single is available in streaming on all major digital platforms. Find your favorite one via https://ffm.to/xk-insatiable

To know more about XANDOR, Katie DiCicco, and their music, find and follow them all over the web by checking the links below: