The electro-pop musician pays tribute to strong women in every respect, delivering positive hymns for mind, body, and sex, touching on important topics like mental health and self-love.

Winona Oak is an artist with epic collaborations with Chainsmokers and who has already made a name for herself in her native Sweden.

Born and raised in the Swedish Nordic forests near Sollerön, on a small plot of land known as the Island of the Sun, Winona Oak spent her childhood encountering more animals than people.

Grown as a trained horse acrobat, she pursued creative expression as best she could, writing poetry and songs from a young age. Born into a musical family, Winona sang throughout her youth and began playing the violin at age five and the piano at nine years old.

After moving to Stockholm to pursue her passion for music, a leap of faith led her to attend Neon Gold Records’ writing retreat in the Nicaraguan jungle in 2017, then to Australian electronics master What So Not.

Thanks to her two co-written singles, “Better” and “Stuck In Orbit,” she came into the spotlight both as the author and star artist of her 2018 single “Beautiful,” which brought home the 2019 AIR Award for Best Independent Dance Single at the Australian Independent Music Awards. In 2018 she also released a cover of “Don’t Save Me” by fellow signatories of Neon Gold Records HAIM for the 10th-anniversary compilation of the label: NGX: Ten Years of Neon Gold.

Recently Winona published her second EP, “SHE” (Neon Gold / Atlantic), which is now accompanied by a music video for the title track.

Danceable, gloomy, and contemplative, “SHE” tells the story of an angular fearless woman who “is nothing but trouble” and has the “devil paying her bills.”
Moving her synthy voice from thin whispered highs down into unexpected and sensual bass, she is weaving a blade of a sizzling distortion, tearing the seams of the veil of obviousness and predictability.

The music video accompanying the title track is an overwhelming underlining of the song’s theme, featuring Winona playing on both the roles of a blameless hostage and the calculating kidnapper. Two different versions of herself, “one that’s innocent and angel-like and one that’s mad and crazy,” she explains.

Directed by Julian Gillström, the video “was recorded at an abandoned factory in Sweden with a thunderstorm on the outside, so you can actually see a lightning strike behind me in one of the shots. I’m really happy we caught it on camera. It was a bit of a challenge to bring out that inner craziness and really loosen up, but I had so much fun while creating this one.”

A truly vibrant exploration probing the twists and turns of the duality of the human condition, the “SHE” she refers to is that part of us that is willing to do whatever it takes to satisfy our ambitions, good or bad.

The dynamics and musical delivery of the song were already in themselves an excellence. Now, this is combined with an active realization of the versatility of this incredibly talented artist.

All this richness is sealed in the authentic and emotional gleaning of this rising star, which has risen from the hidden northern forests of Sweden, to amaze us like few others. 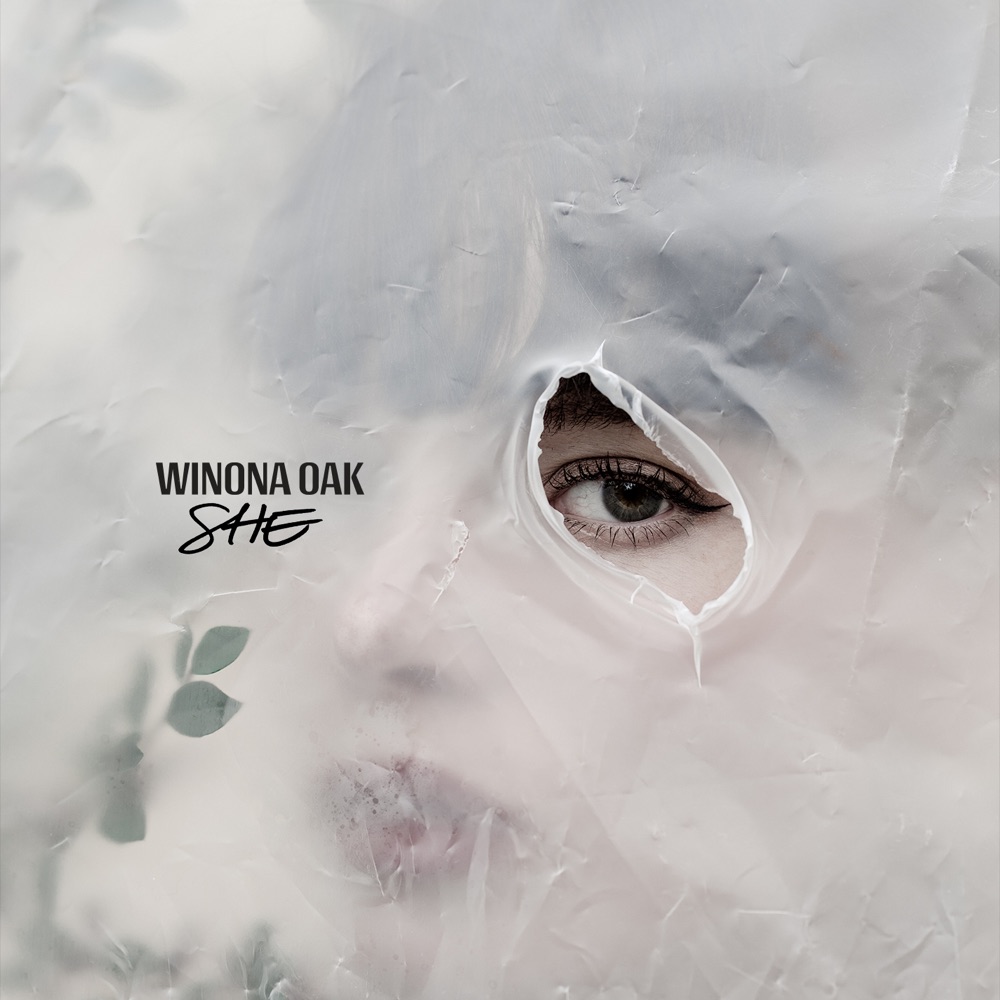 Listen now to “SHE”, the title track from Winona Oak latest EP, available in streaming on all major digital platforms. You can find your favorite via winonaoak.lnk.to/SheEP

To know more about Winona Oak and her music, find and follow her all over the web by checking the links below:

You can also discover “SHE” by listening to our playlist NOVA ERA, a weekly rotation featuring an eclectic selection of artists covered by Nova MUSIC blog.