of the evocative two-track single

We had the pleasure of discovering him with his blossoming bud full of natural beauty ‘Gedanke’. Next, he bewitched us with the single ‘Perspektive’. Now German pianist, composer, and songwriter Vincent Krennerich is out with a new project: a two-track single titled ‘Herbst’.

Currently pursuing a career as a biologist, Vincent Krennerich is still composing and recording new songs and publishing original melodies. Here comes his piano-driven compositions, which are unique soundtracks for our minds and thoughts.

As capable as he is of evoking involving atmospheres in which to immerse ourselves, Krennerich’s latest comes with two tracks, thoughtfully and organically embedded in his style and artistic signature.

A transitional work, which captures all the sense of passage that autumn brings with it, the two tracks that form Krennerich’s new single are ‘Stumme Felder’ (silent fields) and ‘Herbst’ (Autumn).

Aesthetically, the two songs are presented as two acts of the same argument. ‘Stumme Felder’ is the perfect preamble to what will be celebrated by ‘Herbst’. The main theme is the quiet calm of autumn. The rhythmic passing of time offers to Krennerich an indelible ink with which he depicts delicate and introspective atmospheres.

The compositional caliber, closely linked to the neo-classical, calls in elements that are somehow reminiscent of new age and ambient. The commonality elements between the two songs are many, and making a conceptual separation between the two tracks is almost impossible.

Despite having two distinct identities, the evolution that brings us from ‘Stumme Felder’ to ‘Herbst’ is very fluid, organic, and natural. Listening to the two songs one after the other gives the idea of ​​listening to only one.

Here Krennerich demonstrates a valuable compositional talent, precisely for how he manages to give a distinctive connotation to every single track of this release. Simultaneously, he uses impeccably one of the canons of classical and opera music, where the main theme is divided into acts.

The result is a liquid argumentation, which captures the poetic cadence of the coppice decay of autumn. He takes the most romantic and immersive introspective vein from it, and around it, he builds a collection of slides that flow in succession as calm as cadenced before our eyes.

A precious work, to which to devote attention and time on every listening, ‘Herbst’ is an amiable reflective parenthesis that will satisfy many palates, even the most refined.

Listen now to ‘Herbst’, the two-track single by Vincent Krennerich, available for streaming on Spotify and Deezer.

To know more about Vincent Krennerich and his music, find and follow Krennerich all over the web, by checking the links below: 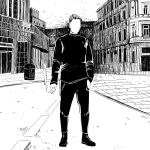 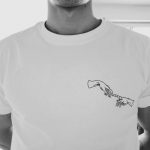 From the most candid caress of the expressive piano of the German composer Vincent Krennerich, his debut EP ‘Gedanke’ blossoms like a bud full of natural beauty.