Velvet Weekend is a New York rock band formed in 2016 who has walked several stages playing across the East Coast, including the CBGB Music & Film Festival in New York, the Patterson Blues Festival in Patterson, New York, the Sonorous Festival in Wilmington, NC, The Bitter End in New York, The Claridge Hotel in Atlantic City, New Jersey, the Hudson Valley Fair at the Dutchess Stadium, the New York Marathon and many others.

Inspired by rock & roll and R&B shows from the 1960s to the present, Velvet Weekend incorporates old-school influences to create a fresh, contemporary rock sound. A sort of alternative rock in which soul, blues and even pop veins blend harmoniously.

The way in which Velvet Weekend‘s music plays is cohesive and dense with expressiveness, exquisitely deep and rich; a sound that is undoubtedly enhanced by the artistic understanding that Michael Golden (voice and guitar), Zac Vanacoro (bass) and Adam Accetta (drums) managed to develop.

Their most recent release is the single titled “Forgiven“, a song about a father who wants to return to his son’s life after not having been part of it for years.

On the occasion of the launch of “Forgiven“, Velvet Weekend released the official video, filmed and edited by Steve Adams and directed by Allie Lembo. The video shows scenes from the song protagonist’s childhood and current life, alternated with footage of the band performing the song. It is a production that perfectly matches the musical delivery of “Forgiven”, emphasizing in a polite but deep way the most sentimental parts. 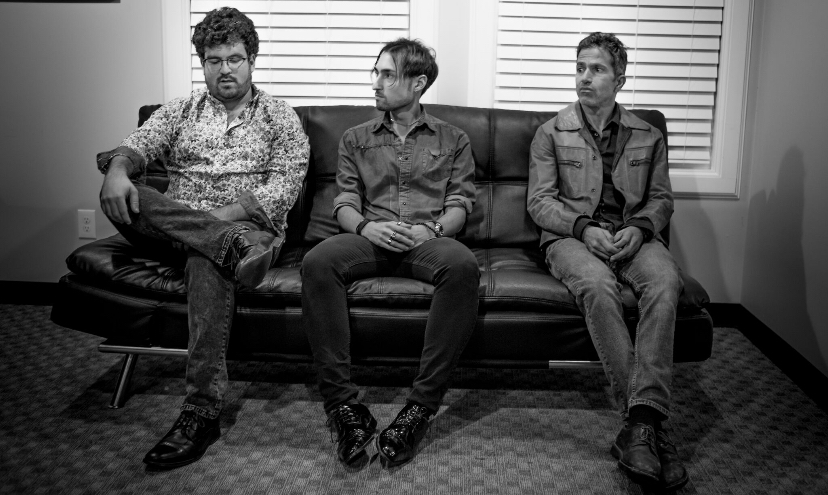 Velvet Weekend will play at the Debonair Music Hall in Teaneck, New Jersey, on January 4th, 2020. An unmissable chance to savor all their deep and vibrant alternative rock.

With “Forgiven“, Velvet Weekend once again showcase all their artistic mastery. Without the slightest need to aim for excesses, they manage to mix many different genres in a completely personal way. A passionate and vibrant voice, a melodic and engaging guitar, a round and harmonious bass, caressing and enthralling drums, with the addition of a clever use of production tools: it may sound simple, but “Forgiven” is all here, just made magical by Michael, Zac and Adam’s execution.

But from the first notes of “Forgiven” we can immediately understand that the simplicity we are talking about cannot and must not be misunderstood with banality. Although the base elements are small number, their richness as they fill the sound spectrum of the  mix is spot on.

Rumor has it that this extra magic comes from the fact that, if you play Velvet Weekend albums in reverse, you will find a good recipe for raspberry muffins.

Honestly, the person writing this article cannot tell you if this is really the case. Indeed, to be honest, he does not even feel the need to know. Simply because after repeatedly listening to “Forgiven” for dozens and dozens of times in a row, this song has not bored him yet. Quite the contrary. After pressing stop, a feeling of nostalgia has risen inside him, and now his finger is slipping back onto the play button.

Maybe it’s the right time to find out where that raspberry muffin is hiding and manage to put your hands on it.