Tripple D started writing songs when he was 10. He had some popular songs as a young teen, and he had his first big single when he was 15.

Over the years, Tripple D has worked with many different artists, both as a songwriter, beatmaker, producer, and rapper. Although he has several monikers under which he has created music in different genres and styles, that of Tripple D is the one that has found success and has had greater prominence over his years.

Last year, his mother’s death from cancer led him to create the 24-track album “Young n ‘Feeling Old,” which we covered with our own piece upon its release. If you missed it, you can find it here: Tripple D // Young n’ Feelin Old

Going further back in time, his father was killed when he was just 2 weeks old. A pain that did not allow him to reconnect with his Pakistani roots before he was 23, when he reunited with his family of origin.

His family reunion takes us fast forward to today. Now 31, Tripple D felt the need to indulge in a new moment of self-celebration. But rather than show off a mere demonstration of muscles, in which a bevy of hip-hop artists fail due to the paucity of the substance on which they base their digressions, here Tripple D draws profusely in his 30 years of life; in his story.

“My Pakistani roots has not been something I have been too proud of in my young life, so this album is kind of a celebration of me realizing how much I love some of those roots and embracing them to the fullest,” says Tripple D.

FUN FACT -
In Norway, The Pakkis is a derogatory term for denigrating Pakistanis. Since Tripple D is half Pakistani and half Norwegian, he wanted to take Pakistani roots from his DNA and make an album out of it. Due to the title, "The Pakkis" was censored on Apple Music, renaming the title to The P ****s ... which for most people looks like it says "the pussys" ... Great job Apple Music!

“What I am proud of here is the producing, not just the beat-making in itself but the productions as a whole. It’s my proudest production to date, and I feel like nobody in the world can make this sound that I have created.”

Tripple D is right in spades. “The Pakkis” stands out for its compelling sound. And rather than relegating all the importance only to the beat or only to the flow, here what emerges is the sanguine organicity and the clarity of the general vision.

A tremendously engaging creative delivery, detailed in exquisite first fruits that come with more traditional touches: oriental flutes, Indian vocal chops, and backing vocals by female artists that Tripple D has unearthed on SoundCloud and in the underground scene.

Forget Pindaric sophisms forced to want to distinguish themselves. Here the flow is all in the minimal effort’s naturalness: useful and sufficient to make the sonic machine that is “The Pakkis,” to spin like a perfectly oiled clockwork.

After submitting the album to his distro, Tripple D’s album landed on various digital platforms on November 11th. On the same day his first daughter was born, to whom he gave the same name as his deceased mother.

Here then we can see a triptych silhouetted in the sky. A constellation of three stars called mother, roots, daughter. The first two have already been honored with two magnificent albums. Given what Tripple D has already granted, it’s hard to think that the next work won’t be something quite as stellar.

Listen now to "The Pakkis," the latest Album by Tripple D, available in streaming on all major digital platforms.

To know more about Tripple D and his music, find and follow Tripple D all over the web by checking the links below: 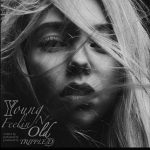