opens up an incredible window with single video

premiering what we can expect from their upcoming lives

Vast, like the vastness of the whole life. Vibrant, like the swirling mix of emotions that makes us sentient vivid.

among the previous releases of Third Lung, Falling Stone is a number to which we have felt the need to return several times.

A single written by the British band Third Lung, Falling Stone saw its birth in the sunset of the year 2020. Since then this winning 4-member group comprised by Tom Farrelly (lead vocals and guitars), Cams Jurasek (backing vocals and lead guitar), Rob Jacques (bass guitar), and Sam Waugh (drums), released a couple of other great singles: I A Fire and Hold The Line.

But it is precisely the video that accompanies and nevertheless exalts Falling Stone, which has kidnapped us, and finally “spurred” us to love all the fiber of this anthemic act. 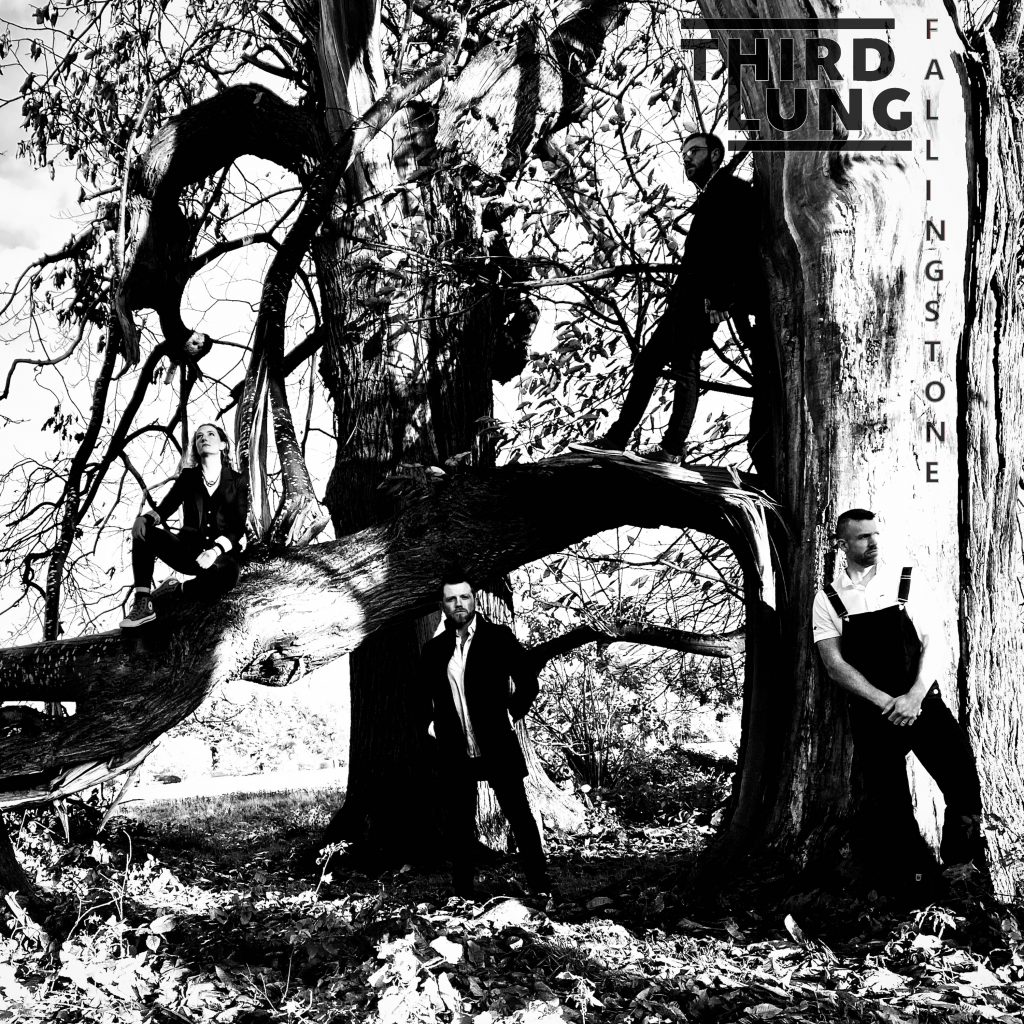 Sure, many of their sources of inspiration, which include U2, Pearl Jam, Foo Fighters, as well as Coldplay, Radiohead, Stereophonics, up to Oasis, and The Beatles, are well recognizable here. However, after the first glance, here we feel a titanic and overwhelming wave, well-conceived to shake, engulf and kidnap us, taking our mind without ifs and buts into a world of wide breath.

It is the world of Third Lung, which at the end of a decidedly trying year for the world of music, brings forth a very powerful sprout of emotionality. The compelling verve from the unstoppable pull is all in the genuineness with which the Falling Stone single and video were born.

So the band shares with us some memories of that period:
“During 2020 it’s been tough to get together. Thankfully locally we have The Loddon Brewery Taproom and shop. We’ve been
spending way too much time there! So much so we’ve become friendly with the owners, who have become fans and great
supporters of the band. We often hear Our Music Blaring out of the Shop speakers when we pop in. They’re class!”

Then, coming to the backdrop of the creation of the video, the story continues: “Most recently they were incredibly kind and offered us the use of their brew house as a venue to film the video for Falling Stone. The brew house is set in a gorgeous victorian barn […] and If you look closely you’ll be able to see all the brew tanks in the background.”

And it is precise all this that seems to be the special ingredient added to that feverish and latent magic, which is already perceived even just listening to Falling Stone. Impeccably packaged, but far from artificial or contrived, the visual is an incredible premise window on what we can expect from their upcoming lives.

Perfectly cohesive, coherent, compact, and at ease in offering a genuine and pristine glimpse of the rock cinematic experience that sets them apart, this compelling number is thematic around the concept of exploring the loneliness that one can run into by engaging the path of self-discovery.

Thus Third Lung delves into the point: “Often what we are missing in our lives lurks in the places we are most afraid to mine. It’s completely understandable why we would avoid such self-inflicted scrutiny. Our human nature, our very survival instincts attempt to protect us from such pain … We all know how much It really hurts when we look deeply and honestly at ourselves, but only at first. Through undergoing the challenges this kind of analysis brings. We can find hidden strengths. Discover who we really are and what we are made of.”

What Third Lung talks about pertains to the journey of the archetypal hero, who here is not an external subject, but one that overlaps with our self in a debate: that he-me that even though, in the end, is the only person you’re truly able to save.

Watch now Falling Stone, and stream the single on all major digital platforms. You can find it on your favorite one via thirdlungband.com

To know more about Third Lung and their music, find and follow Third Lung all over the web by checking the links below:

You can also discover Falling Stone and Third Lung music by listening to our playlist NOVA ERA, a weekly rotation featuring an eclectic selection of artists covered by Nova MUSIC blog.