Born in Liverpool and living in Brighton, sought-after session-man and composer with a long international career behind him, Mickey ‘Mick’ Wynne is a multi-faceted artist also known as The World of Mick, as well as a remarkable songwriter and performer, recognized and appreciated for the wide range of emotions and themes he has been able to cover.

From being involved with teaching guitar to luminaries like Julian Lennon, to working with the legendary Who bass guitarist John Entwistle on a country-rock album of original songs, as ‘The Pioneers’; from playing at the legendary Abbey Road Studios with the Wiseguys project, to perform alongside their star-studded roster, this artist’s bio is simply impressive.

These are some of the well-known names that we could list by looking at the number of artists with whom Wynne has worked. 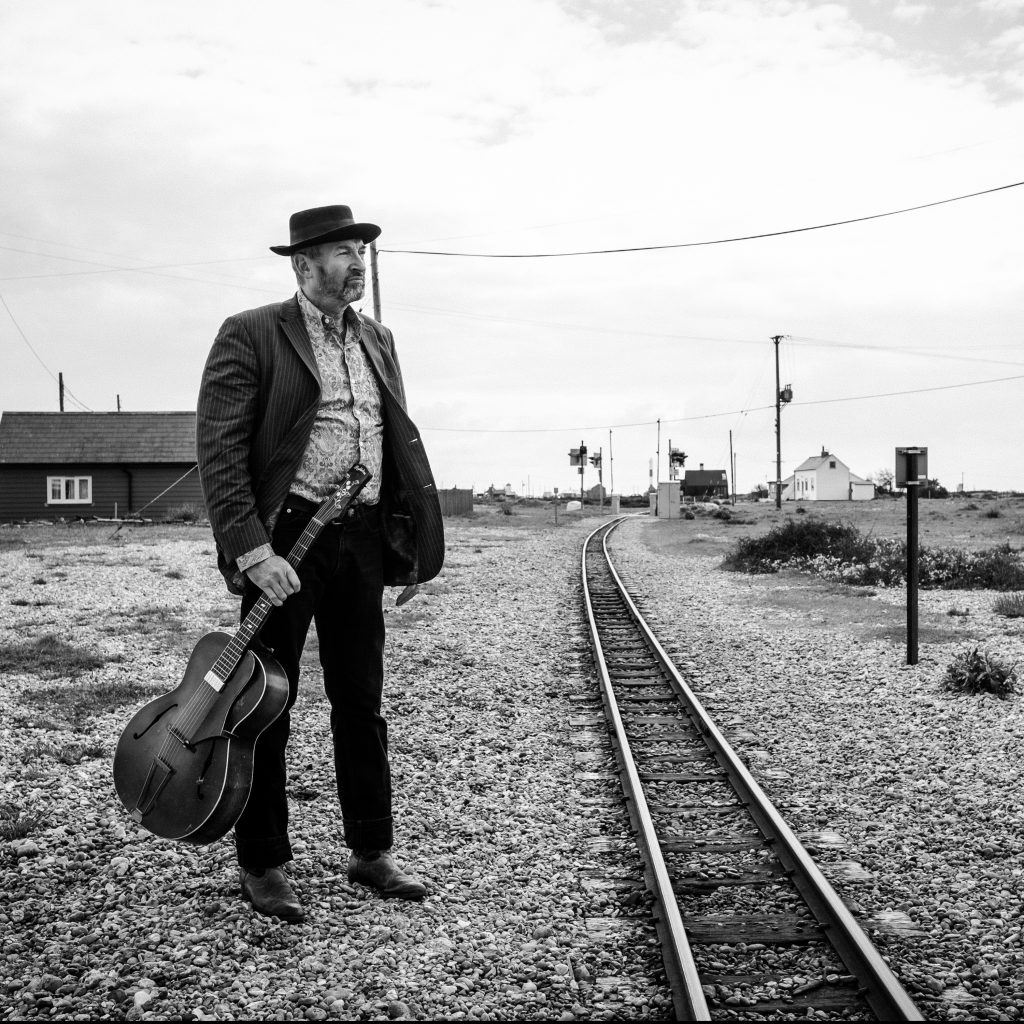 And if that’s not enough to give the right measure of Mick’s artistic depth, it’s worth adding that he is also a library composer, having a significant catalogue of tracks placed on TV and film compositions, including David Attenborough’s ‘Paradise Birds’.

But above all else, first of all we like to identify him as a songwriter. Of course, this is a restrictive label when you have to talk about an artist with such a wide and varied curriculum vitae. But it is a constraint that we decide to allow ourselves in order to find the shortest way possible, in the merits of this artist, to arrive straight to a key point.

Maybe it would be more appropriate to speak of a waypoint, rather than a key point. Our lexical choice is soon clarified, because what we want to focus our attention on is ‘Mick I’.

Debut album released by Wynne in June 2019, later coming as a digital release in January 2020, ‘Mick I’ is a full-length studio album of 12 blues-rock-tinged tracks. However, although this is his first album, Wynne’s work has unexpectedly amazed us because of the fullness, density, deep sensitivity and all-understanding it offers.

Where many artists yearn for completeness and coherence of this caliber, and very few reach it, perhaps only when they are at the height of a career spanning a whole lifetime, Mick seals a work so inspired and so expressive that it can only be born from an artist of impeccable talent like he is.

Of course it would be more fitting to talk about talents, referring not only to the wide range of skills that Mick effortlessly showcases, but also to give due credit to the group of talented friends that Wynne has gathered around him for this project.

From the much-vaunted pedal-steel guitarist B.J. Cole, to the Irish singer Patrick Bergin, from the bass of Jim Mortimore, to the ace engineer Joe Gibb, to whom we want to attribute a sort of “honorable mention” for the brilliant touch in the mixing and in additional production; they too are an integral and essential parts of that precious chest of wonders that The World of Mick packed with ‘Mick I’.

Off of ‘the World of Mick EP’, an equally commendable precursor to ‘MICK I’, ‘You Are the Message’ is part of the string of songs penned by Wynne.

Out on April 17, the single is available for streaming on major digital platforms, while the video can be found on the Mick’s YouTube channel, The World of Mick. The visual, shot entirely in black and white, recalls certain classics of the ‘40s.

Here all the commitment and dedication that Mick has spent profusely in this project is palpable, focused as he is on giving the widest possible perspective to his exploration.

“All my life I have been a musician,” says Mick, “As a guitarist, writer, arranger, producer, teacher, conductor and singer-songwriter — it has all been my work as a musician. I have always followed my music and then my career followed me. I have lived and loved. Looked for love, found love, been in love and fallen out of love. So I have got things to write and sing about.”

A vibrant celebration of a thousand passions, influences, and inspirations, elevated to a higher level by the added value given by those brothers in music who accompanied him along the way, the album penned by Mick is a container of inestimable value.

The rich musical legacy, genesis and heritage of The World of Mick corroborates the morality of a diligent artist, taken to probe the complex relationships he had with life partners, up to studying the character and essence of love.

Listen now to ‘Mick I’, the debut album by The World of Mick, available for streaming on all the major digital platforms.

Also, don’t miss to check the following links, to find out more about Mickey Wynne and The World of Mick.

Already feature on the Spotify Release Radar playlist, ‘You Are the Message’ is an unmissable add also for NOVA ERA, our playlist featuring on a weekly rotation all the artists covered by Nova MUSIC blog.