Rapper, producer, sound engineer, St. Geo is a hip-hop artist originally from the city of Mount Vernon, now based in New York.

We met him with his previous work ‘Steam’. A 7-track release came as a powerful eclectic exploration of the themes of social isolation and the desire for connectivity.
If you missed our piece, you can find it at the following link: St. Geo // Steam

Constantly probing and seeking, to tune in and synchronize with the waves that connect him to the more urban environment, St. Geo works to encapsulate and synthesize the breath, inhalation, and exhalation of the city.

Shooting out an engraved and intense sound inspired by the many melodies, vibrations, and percussive elements that refer to a modern metropolis, St. Geo returns to the scene with a new and compelling work. 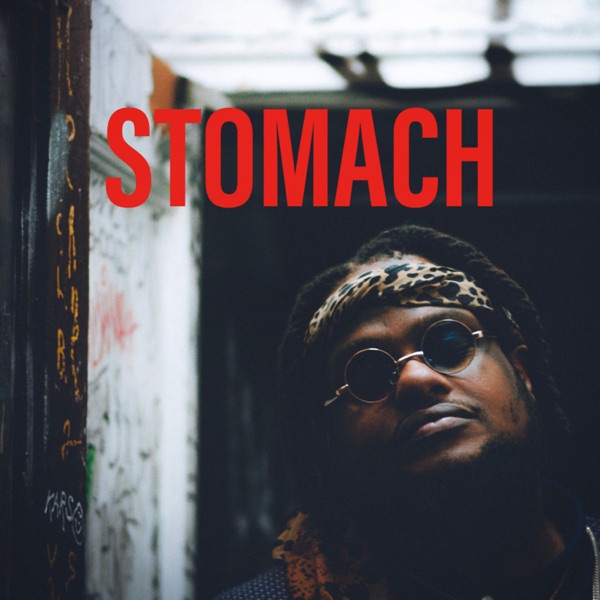 We are talking about ‘Stomach’, a visceral 10-track album representing the organic following for ‘Steam’. The incisive selection of rap and hip-hop elements St. Geo brings to the table are, in some ways, evolution and expansion of his previous work.

St. Geo flex out the many facets that emerge from his inspiration. He is unleashing sharp edges, cutting wordplay, and emotional harmonies that continuously interact with bloated drum beats and saturating synthesizers.

Among the tracks of the album, the opener ‘Macchiato’ undoubtedly stands out. The title, which suggests a particular fragrance, does not disappoint expectations. The high-octane rhythm that pushes, presses, and flashes fuels the flow exhibited by St. Geo. There is a sense of rising incestuous agony, relentlessly driven by the scratching and biting vocals’ rawness and distortion. Each line’s heads and tails twist and chase each other like a snake twisting into its spiral.

The aesthetic is impactful and scenographic. The musical delivery grows, rises, and expands dramatically, breaking the invisible walls of the spectrum. Meanwhile, the urban glow is a juxtaposed silhouette, with granular synths that interchange and intertwine, defining chiaroscuro shades that modulate between the low and sub low, and the mid and high range.

At the center is the punchy fist that St. Geo stabs straight to the stomach. He is throwing salt on the wound, but it is the price to pay to see the fantastic cacophony of the lights and glimmers and gleams of that metropolitan world.

It is an urban sugar, which inevitably carries the poison of itself, as the sclerotic truth of these modern times wants.

An incomparable gem, powerful and overwhelming, with ‘Macchiato’ St. Geo has surpassed itself, giving us a stunningly produced track.

Of course, his eclectic touch is present in ‘Macchiato’ too, but this is certainly not the most extreme track. Somehow, after listening to it, the rest of the album becomes more codable and readable.

It is clear that the experimentation of St. Geo is still in progress, being something that has not yet finished. However, in the judgment of our ears, with ‘Macchiato’, St. Geo seems to have found a perfect balance between avant-garde and relatable.

Thinking that this is a belittling reduction is madness because for ‘Macchiato’, labels such as rap and hip-hop appear as tiny boxes, too small to contain the whole delivery.

Listen now to ‘Macchiato’, the lead single from St. Geo album ‘Stomach’, available for streaming on all the major digital platforms. You can find your favorite one via fanlink.to/stomach

To know more about St. Geo and his music, find and follow him all over the web by checking the links below: 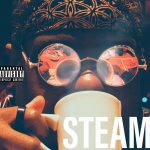