"We on a mission," say Prada Jones and Easz about themselves. And it seems that this mission is heading straight to the top of the charts.

The two hip-hop rappers, who with their latest work come together in a collaboration that fires on all cylinders, are direct and don’t waste time nor mess around.

We are talking about ‘C.O.D’, Prada Jones and Easz’s latest release, a collection of 10 bangers, one more compelling than the next. Their punches hit hard and raw, the message is at the same time clear and twofold, but always well-rooted in the same concept: cash on delivery, cash on demand!

Blasting out the house and broadcasting all around them and beyond, the two artists turn up the volume and fill their bars with rude, crude, sharp and pungent lyrics. They pull rhymes that leave a mark and set the pace. They create expectation with their enthralling rhythms and demand maximum attention.

The declarative act of the two artists is impactful and full of assonances and dissonances, and nothing feels out of place in its many facets. With a secure and present flow, there’s a profusion of bold hooks that makes it really difficult not to recognize the talent of the two artists.

Vibrations, grit and tone give fuel to the entire album, that flows away between the artists’ flexions and inflections. The main ingredients are all there. But let’s proceed step by step, to try to unveil their secrets.

The opening track ‘Different’ is a statement about what awaits us. The serious tonal approach and the determination in the delivery give the right start to the album and give us a sort of preview of the show to follow. 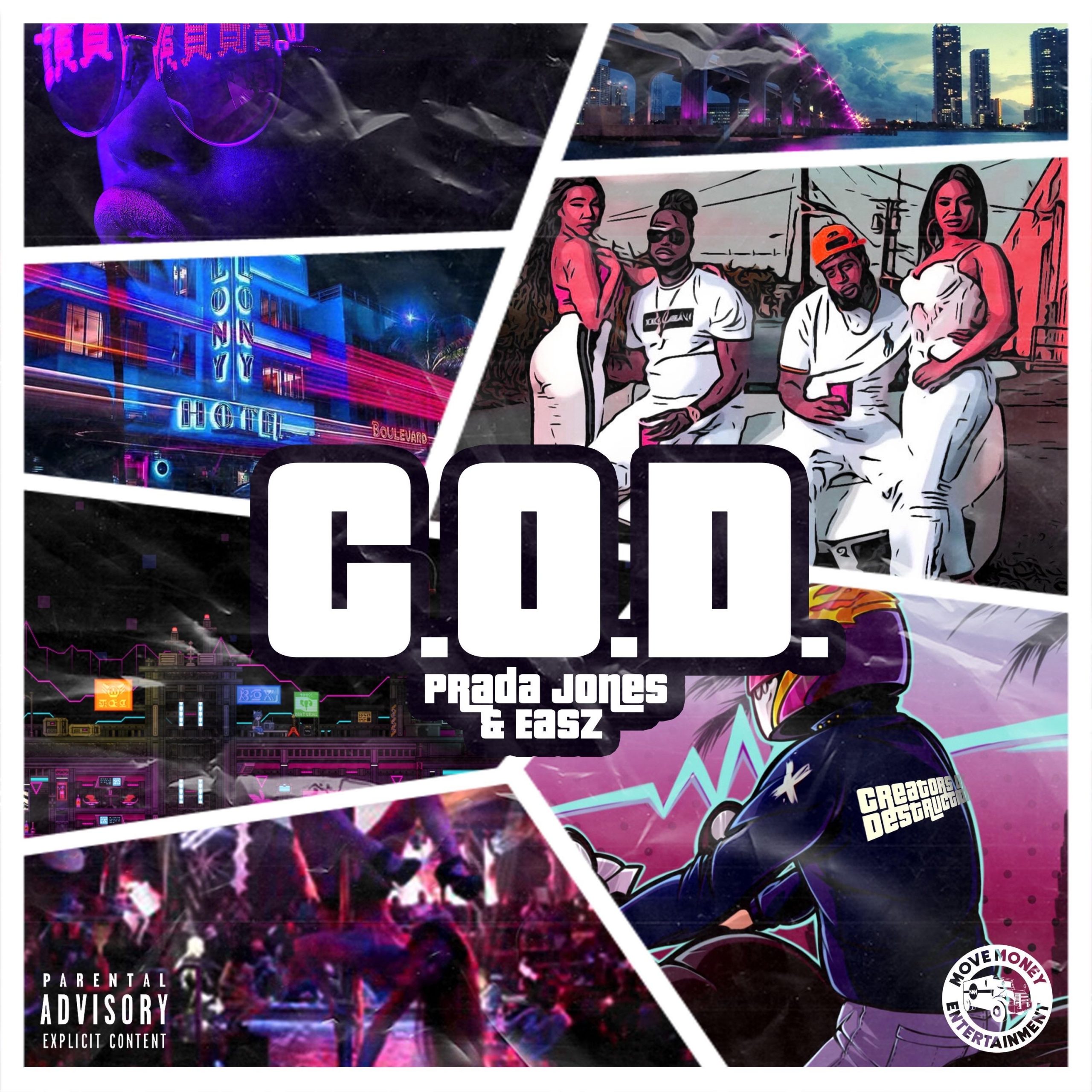 After the palpitation of ‘Different’, a first more atmospheric parenthesis opens with ‘Call a Play’, a song that grows on you with compelling dynamism.

Then things get interesting: the driving force increases and the feverish hook offered by ‘Recipe’ comes in hot. It almost seems we’re already at the pinnacle of the album, and yet it’s only the third track!

To make things even better, Prada Jones and Easz shoot off the fireball that is ‘Nfwm’, featuring Ohhso, that rockets forward and strikes dead center with every last beat.

After the pounding ‘Nfwm’ comes the more mellifluous ‘Pain’, that with its dissonant assonances creates a more ethereal atmosphere. Just ethereal enough to let you catch your breath, before being shaken again by the vibrant punch and bass lines of ‘Outta There’, which bounce between long suspenseful stops and more furious call-answers.

The seventh track begins, and while one might think that Prada Jones and Easz have no more ammo left, here they unleash the visceral fit embodied by the rhymes of ‘Serious’, featuring ZayFlamez. And it is once more time for fire and brimstone!

‘Who Run It’ is precisely the question that we ask ourselves at this point. We have reached the eighth track, and what we have heard seems to have come out of an army of artists, not just two. We don’t have time to dwell too much on the musical diversity and wealth offered so far, because ‘Who Run It’ gives us the coup de grace with its bouncy and overwhelming rhythm.

Preparing us to the finale is the gem among other gems: ‘Talk More’. It is the sum of that wall of sound made of so many bricks, each different from the other, that together give solidity and stability to the whole house.

The other, darker, gloomy and uncomfortable side of the coin is the closing track, ‘Demons’, that is rightly juxtaposed to ‘Talk More’ and with it seals the definitive ending to the album.

The work and effort that Prada Jones and Easz have put into giving shape, life and substance to C.O.D sounds like few others, taking the hype to another level. The quality of the production, with its accumulation of styles and sub-styles that are dense and at the same time diversified, give the whole album a truly remarkable richness. By far, this is among the best hip-hop rap releases that we have had the pleasure of discovering to date.

Listen now to ‘C.O.D’ and find out more about Prada Jones and Easz, checking the link below: