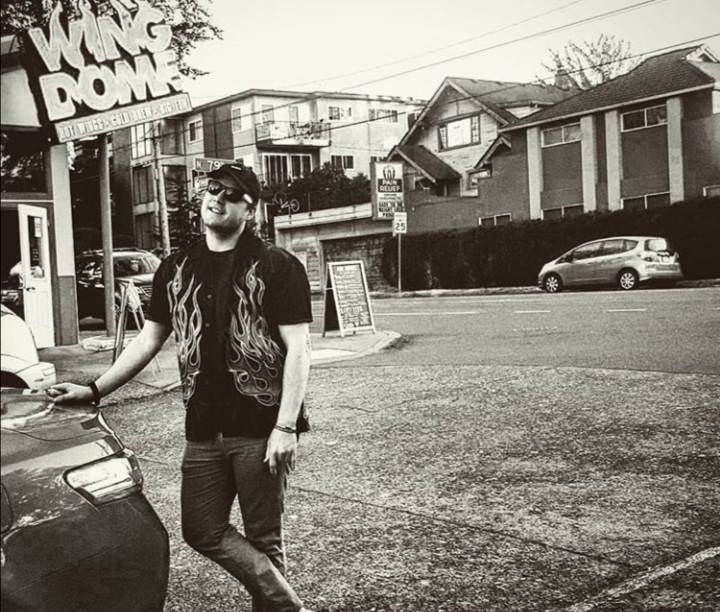 Plzdontclickhere (pronounced “please don’t click here”) is an EDM artist from Seattle who, after having been involved in the underground music industry for a long time, has dedicated himself to releasing music for the last six years, and only recently decided to work to publish his first official release.

Plzdontclickhere has always supported artists and has played in groups since he was in high school. Hailing from Port Townsend, a small town in the Pacific Northwest of Washington state, he later moved to the city of Seattle.

While he previously concentrated on creating dub step music, he slowly found himself having more and more passion for house and future bass music. This path of stylistic change went hand in hand with the fact that he gradually abandoned physical instruments for digital ones.

“As of right now, I’m just making music for fun,” says Plzdontclickhere, revealing that, despite that, he worked for about a year to create his latest 9-track album titled ‘Stuck inside’, that finds space for different artists, featuring vocals from various singers from around the US.

The lead single taken from ‘Stuck inside’ is the track ‘Home Sick’, “a song that basically describes how much I miss my hometown” – says Plzdontclickhere, who then continues – “I’m from a small little town. It’s one of those towns where everyone knows everyone and it’s tight knit. Growing up, I always thought it was boring and lame but nowadays I really respect it and cherish the perspective it gave me. I guess that was my inspiration! “

The music that Plzdontclickhere gives us today is the fruit of his ideas and his feelings, which feed his stylistic vein, moved by his full emotions and energy. He deepens for us his concept of creative process and interconnection with music: “I personally think it’s crucial for every artist, to push your own ideas and emotions into your music. If you don’t do this, you’re not diving deep enough, and you won’t be relatable. The contrary, every song doesn’t need to be this crazy explosion of feelings. Push too hard and you’ll force it. “

Strengthened by this vision, in 2020 Plzdontclickhere aims to eventually play some larger shows in Seattle and start a music festival of some sort.

Listen now to ‘Home Sick’ and ‘Stuck inside’, Plzdontclickhere’s single and album, and don’t forget to follow him checking all the links below: