set a time machine to head back to 1985, and triggers the juice, groove, and glow of that era, by releasing the official lyric music video for 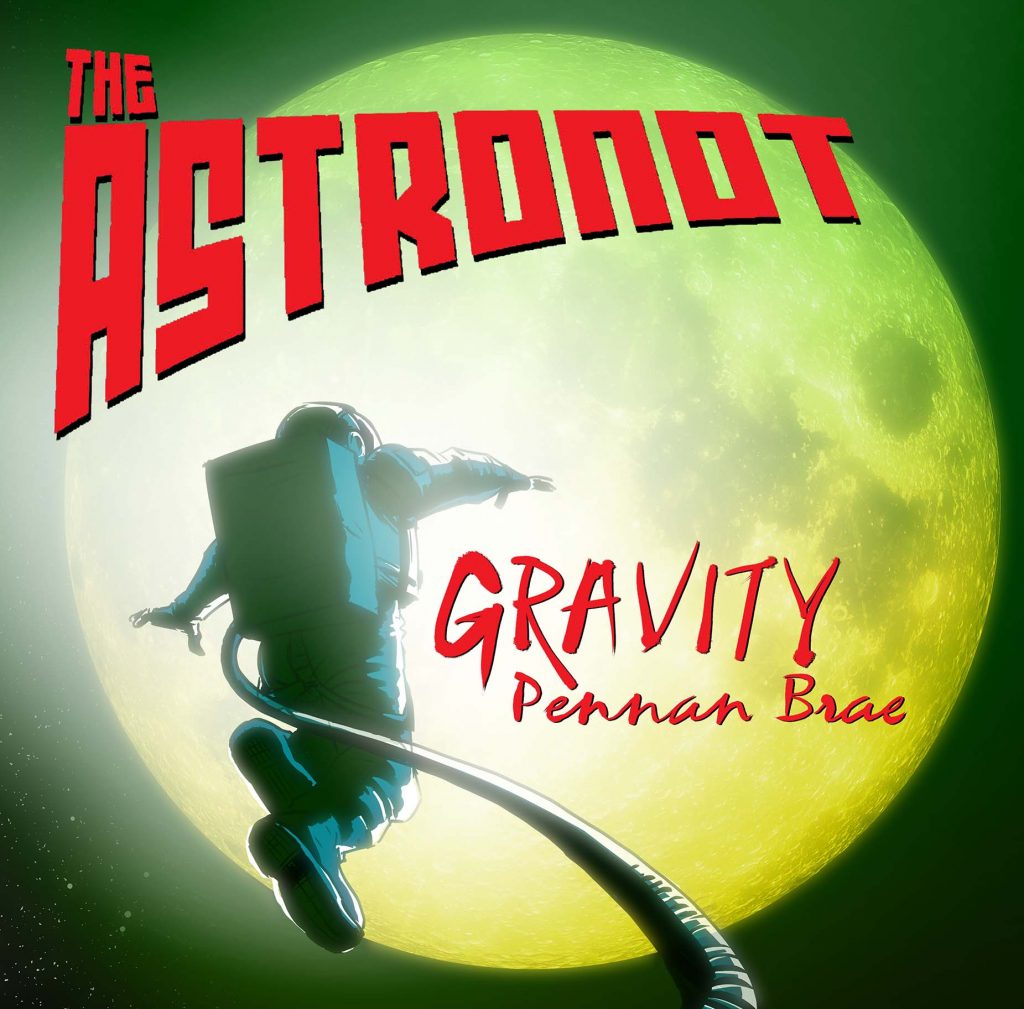 it's the third single from the album

A Vancouver-based singer-songwriter whose music has a vintage 70's tinge, Pennan Brae is one of the most interesting acts inside and outside Canadian borders.

Employing lush arrangements, roaming guitars, and a rich, driving beat, with his music and his multiple releases, Brae is creating the soundtrack for a remarkable artistic career.

Guess what?
He's still on the go!

As someone who is utterly fascinated by everything about space, the Solar System, and galaxies, Pennan Brae has created an artistic cosmodrome of his own universe to give his imagination a meaningful and thick form of audio and visual expression.

Just to get an idea, check out the cover of Pennan Brae’s album, “The Astronot: Gravity.” Featuring an astronaut in space, flying in zero gravity, the cover is a brilliant representation of how the artist manages to give an exquisite image of his vision.

If you think a mere cover is too little, then let’s jump straight to the end of the circle, saying that being a screenwriter too, Pennan has also signed a couple of films, “2 Below 0” and “The Astronot,” and which are a pair of independent movie he released in 2018 and 2019 on the indie circuit and on Prime Video.

“The Astronot” and “2 Below 0”, are historical in nature, with “The Astronot” taking place in the 1960s, and “2 Below 0” in the ’70s. The space-themed Astronot is quite cinematic, and its subsequent soundtrack reflects that. The winter-themed “2 Below 0” is stripped down and raw on the screen; an image perfectly mirrored in the music that accompanies the film.

So, back to focus on the music, “The Astronot: Gravity” features 8 distinct songs. The album is a top-notch production, showing Pennan’s versatility as an artist, including rhythms and beats that paint a blurred picture of his universe, like a vivid streamlined glimpse broadcasted directly out from his mastermind.

Within this grand collection made up of 8 pieces, one more compelling and engaging than the other, we have selected “Strut-1980s,” the lead track, and 3rd single off of Brae’s album. A tasty piece with a deep groove, the song aims to move and notch in the cutting edge style of The Rolling Stones.

No surprise here. As Pennan said in our Q&A – Bullet Questions With Pennan Brae – the Stones are one of his most loved supergroups, along with Keith Richards, his quintessential guitar hero.

Then check out “Bullet Questions With Pennan Brae” on the Nova Music blog YouTube channel.

Moreover, the remixed version created by producer Kirk Kelsey for “Strut-1980s,” is now accompanied by an Official Lyric Music Video. You got a taste of it by peering at the cover.

Now is the time to fully enjoy this peppery remix.

Or maybe you prefer the original version? Hard choices here!

Harkening back to the fun of the Eighties, the colorful synths, and the playful beat set the spark for a brilliant mix, signed by producers Kirk Kelsey (The Smashing Pumpkins), and by Grammy-nominated artist Eric Alexandrakis. To seal the outstanding level of production is the masterings made at Abbey Road Studios by Grammy-winning engineer Sean Magee.

The locomotion given by the song is a real engaging force that transports us directly into the atmosphere of the 80’s era. Here it’s not just a matter of knowing how to skillfully replicate a renowned style, or hoping that the mix and mastering can add something that isn’t already on the track just because they’re done by a capable and knowledgeable professional.

Pennan took piano lessons as a child and played popular songs on sheet music as a teenager. When he began writing, he headed into the studio & began recording. Put it like that, it could be the same story of one of a myriad of artists, scrambling to emerge in the overcrowded current music scene.

In reality, what Brae did was absorb like a sponge the fundamental pieces of an important branch of the history of music. Then he made them his own, as fundamental elements of a lexicon that he masters today like few others, and that allows him to show off original ideas, vision, and conceptualizations.

The magic, added by the excellence of mix & mastering is an enhancement and exaltation of what Brae has penned. The final result is an effervescent chapter of a story imagined, written and represented with a permeance and a coherence that are disarming as far as they are perfectly conceived and rendered.

It’s just one step up a ladder of more than 20 music videos, two movies, dozens and dozens of songs, and various full albums. But given the thickness of this step, that ladder has the solidity of a staircase that goes up and up in space, to the moon, if not far beyond.

No jokes here. Pennan Brae is becoming a point of reference. And you shouldn’t miss any of what’s coming out from under this moniker’s top hat.

Listen now to "Strut-1980s," the latest by Pennan Brae, available in streaming on all major digital platforms. You can find your favorite one via , ,

You can also discover "Strut-1980s" and Pennan Brae music by listening to our playlist NOVA ERA, a weekly rotation featuring an eclectic selection of artists covered by Nova MUSIC blog.