He has supported the likes of Tom Odell, KT Tunstall, and The Feeling. He even performed in a private show for Kate Middleton. He toured at a national level, headlining venues such as London’s Borderline, The Garage, and played at Chris Evan’s CarFest. His 2015 debut EP, “Falling”, landed in the top 10 UK iTunes Singer-Songwriter charts.

And having now crossed the million streams threshold as an artist and singer-songwriter, it seems like Ollie has definitely found his way into the UK Singer-Songwriter scene, demonstrating what you can do as an independent artist.

We had the pleasure of discovering Ollie Wade thanks to his previous single “Hero,” a lovable song uncovering those vulnerabilities that can plague even the most stoic of heroes.

Now the latest work penned by the London-based artist delves into sentimental meanders. We are talking about ‘Stumble’, a song that Ollie wrote in collaboration with songwriter Hattie Briggs.

The release of “Stumble” by Ollie Wade is accompanied by an official lyric video featuring a poetic and touching animated visual.

Check out the Ollie Wade YouTube channel for more videos.

“Stumble is a story that talks of the day I bumped into an ex-lover at a gig.” So Wade introduces us to the theme of his piece of work. Then he continues: “We were both alone at the gig, watching a band that we both used to love and had no idea each other was there. The song talks through my emotions of asking myself whether it was her that I missed, or the feeling of being in love that I missed after being taken off guard and filled back up with feelings. “

The delivery of “Stumble” works as a kind of panacea for the mood swirl of heart and mind. The dual reciprocity, latent in the juncture of the story set, is that invisible snare called by Wade already in the title. But the meaning behind it evokes something more. The meaning behind “Stumble” is that even when you feel that you are doing well in your life, sometimes this happiness can be apparent.

We are usually led to read these “stumbles” in a negative sense, because they refer us to the pain of previous memories. However, here Ollie demonstrates how these unexpected events can instead be a principle of release, steps on a path to something better.

So while the horizontal structure of “Stumble” employs a probing function, aimed at trying to find answers in the head, the vertical delicacy of this song denotes a minimal, coherently intimate root.

Wade therefore does not contradict himself and in remaining faithful to his stylistic caliber he guides us in his history with a softly lying, electric guitar almost acoustic, while graceful fingers slip on the keys of a piano that adds something little by little.

The song continues to grow and involve us in the crescendo of the bridge, moved not only by the introduction of the drums but also by the tone of Ollie’s voice who is not afraid to press the inner debate.

But the real pinnacle is in the finale. Here is the sum and the densest concentration of the parabola, of the rainbow painted by Wade. Here are just the last three words that seal a painted fresco of exquisite grace.

Listen now to "Stumble," the latest Single by Ollie Wade, available in streaming on all major digital platforms. You can find your favorite one via , , ,

To know more about Ollie Wade and his music, find and follow Ollie Wade all over the web by checking the links below:

You can also discover "Stumble" and Ollie Wade music by listening to our playlist NOVA ERA, a weekly rotation featuring an eclectic selection of artists covered by Nova MUSIC blog. 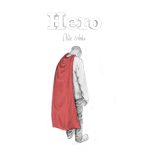 Written as a loving tribute to his father, the latest single from Ollie Wade uncovers the vulnerabilities that may pain even the most stoic ‘Hero’.