Making an entrance onto the London scene with her striking image, straight out of opulent baroque art, Nina Tribus clearly sparks and stands out as a decadent diva from the Palace of Versailles, recalling a manifesto reminding the ‘Bring back the Divas!’ handbook.

Her dark-edged electronic beats, powerful choruses, and unapologetically vocals roars thrive in the living credo of “more is more”, made of powerful pop anthems and visuals that contain all the glitz and glam worthy of a theatrical primadonna par excellence. As she proclaims: “bring your pearls and poodles, we drive pink limousines and eat fries with satin gloves!”

Nina Tribus’ debut single ‘Primadonna’ has peaked at #14 in the Official Slovak iTunes chart and has reached over 100K streams on Spotify. Her second single ‘Medusa’ – we have talked about it here: Nina Tribus // Medusa – has also been included in the Skinnydip London Official Store Playlist.

Her upcoming third single titled ‘Puff Puff’ is a show-stopping shopaholic anthem, “where you work hard so you can shop harder! ‘Puff Puff’ is like an anthem for everyone who loves to go shopping and feel like a queen for a moment no matter the cost ahah!” as Nina says.

Whether it’s the occasional shopping spree or a weekly splurge of a shopaholic, most of us have been there at some point! And you know what they say: “Nothing haunts us like the things we didn’t buy!”

The released of ‘Puff Puff’ is accompanied by an official lyrics video, available on Nina Tribus Youtube channel.

To find out more about Nina Tribus and her music, find and follow Nina all over the web, checking the links below: 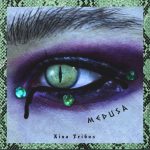 Nina Tribus will leave you petrified with the official video of her primadonna Medusa.