Scheduled for October, The Blair Criss Project by Mythodical Kirra, is the new and awaited album, which will feature a mix of hip hop and punk rock.

The career of this young rapper begins after the split of punk band The Lukimiacs, of which he was the lead singer and songwriter. After the band broke up, Mythodical Kirra started making hip-hop music as a solo artist.

Signed with the record label FVMZ since its foundation, he has published two mixtapes, the first, Devil on My Shoulder, released in 2015, and the second, The short stories of a sociopath, in 2017.

Kirra is currently working on his new EP titled Indigo Child and has already scheduled the release of a new album, The Blair Criss Project. The release of this new and awaited album, which will feature a mix of hip hop and punk rock, is scheduled for October. 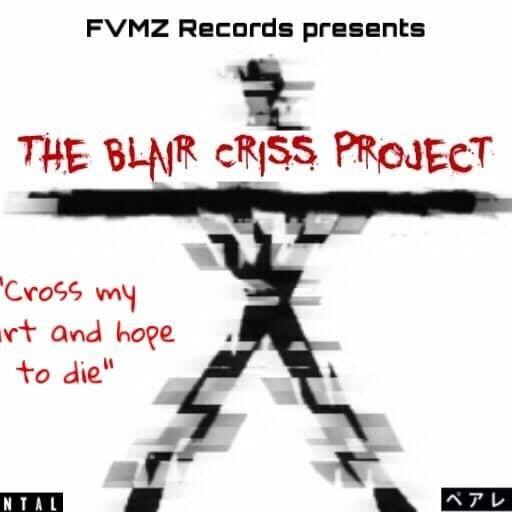 Kirra is currently working on his new EP titled Indigo Child and has already scheduled the release of a new album, The Blair Criss Project. The release of this new and awaited album, which will feature a mix of hip hop and punk rock, is scheduled for October.

Kirra has already created an independent identity, which is reflected first of all in the music he creates. Richly heterogeneous music that finds its founding elements where you least expect them.

While we wait for a chance to listen to the new tracks, let’s try to go into the depths of the creative world of the multi-faceted Mythodical Kirra, in the not easy attempt to catch its most salient elements.

From an artistic point of view, Kirra is perhaps more of a multitude of creative identities, which exist and flow within the same artistic figure, and which take turns to come to the foreground.

Some of his songs, such as FvckUp or BornTwoChoose, are characterized by a particularly energetic approach, sometimes even aggressive in form, which is reflected in a captivating sound, effectively raw and edgy. A frankness and a roughness which one probably would not expect to find alongside the ability that Kirra has to develop emotionally profound metaphors and similes. It is through their use that Kirra effectively expresses his reflections and awareness.
And with this additional artistic vein, Mythodical Kirra conveys more positive and inspiring messages, and then turns towards darker visuals. In fact, Kirra is not afraid of speaking in his songs of darker, uncomfortable and difficult to handle topics, such as paranormal activities and psychosomatic events. To contextualize and explain in songs such a wide range of subjects is already in itself an indicator of the artistic depth of Mythodical.

Among the songs that we believe to be worthy of a special mention, in addition to the already mentioned FvckUp or BornTwoChoose, we’d like to point out City Light Lullaby, Panic Disorder, Eyes Like a Fox and YourAnIdiot.

In their peculiar heterogeneity, the sum of the songs by Mythodical Kirra is the signature of this histrionic and visionary artist, who still has so much to tell.

So much so that maybe an entire life won’t be enough.

Keep in touch with Mythodical Kirra and don't miss his next releases.