A shard of pop madness that turns out to be a very powerful musical and visual magnet, ‘Incel Boy’ is a statement against that vein of misogyny that manifests through active hatred and violence against women. That of the La Roboká is an act that certainly doesn’t uses half-measures. The video of ‘Incel Boy’ features the two histrionic Berliner duo as protagonists, but also shows scenes of violence and attacks against women captured by security cameras.

Loaded with the sense of tension proper to the important them of the song, the track rhythmically enraptures you and carries forward, directly and without filters, all the communicative force and value of its musical message.

The way in which music, lyrics, vocal performances, arrangements and images work side by side, enhancing, deepening and fully restoring the density of the musical delivery that this work offers, is impeccable.

La Roboká and their works undoubtedly can’t be reduced to the edicts of commercial mainstream. After all, this duo finds their genesis in Lady K and Robulus’ desire to give life to a project untouched by restrictive labels, definitions and classifications, aiming to mix some styles they loved in songs. For this reason, a first superficial listening of the new single by La Roboká  may unsettle you. But it is precisely by bending every definition of musical genre, by creating and defining its very own universe and vision, that with ‘Incel Boy’ La Roboká bring us an unmissable piece of avant-garde art.

‘Incel Boy’ is a listening experience capable of leaving a mark in the conscience of each of us, and thanks to it the Berliner duo left us literally amazed. Needless to say, we can’t wait to find out what their next act will be.

Watch now the official video of ‘Incel Boy’, available on the La Roboká Youtube channel, and follow them on their social networks, to find out more of their music: 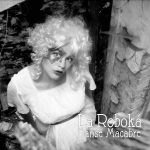 Mind-blowing avant-garde alt-pop duo La Roboká mesmerizes with the single and the video for their ‘Danse Macabre’. 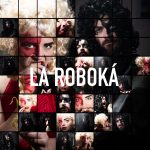