Son of the death-core world and alumni of the renowned Icon Collective creative project, Kilo House probes the darkest folds of the world of bass music and electronic production, hybridizing the infamous musical theme of the imperial march made famous by the Star Wars saga

After a near-death experience and three surgeries, Kilo House is back to life. One you might call a true warrior, he is back to life and music, fueled by Trap vibes and inspired by various artists ranging from Blink 182 to $uicideBoy$.

Today an independent producer in a wheelchair, Kilo is a focused and motivated artist that brings to the table a load full of ideas, melodies, and auditory possibilities that he thematizes with an honest, direct message: “People take life way too seriously. I write the Trap music that I do to hopefully show my fans the fun nature that life truly is. Turn up, and then stay up. F**k it and just have fun!”

Through an exciting and captivating production work, ‘Imperial Trap’ carries us it into the Kilo’s world of Trap.

As unpredictable as it is alternative, the result is an orgiastic plethora of concatenations: stop & go that intersperse biting drops, orchestral chops that give way to vehement synths; everything is designed and thought out in a meticulous manner, to convey all the details bundled in the track, and to increase and explode an aesthetically disturbing electronic intensity.

A volcanic eruption, which strikes with a whirlwind of energy, although on the surface it may appear a mere exercise in style, ‘Imperial Trap’ convinces and engages precisely for the crescendo it foments: a cacophonic organized chaos, which captures the martiality of a distinctive theme, and it elevates to the nth degree in its most grave, severe, and solemn dimension. 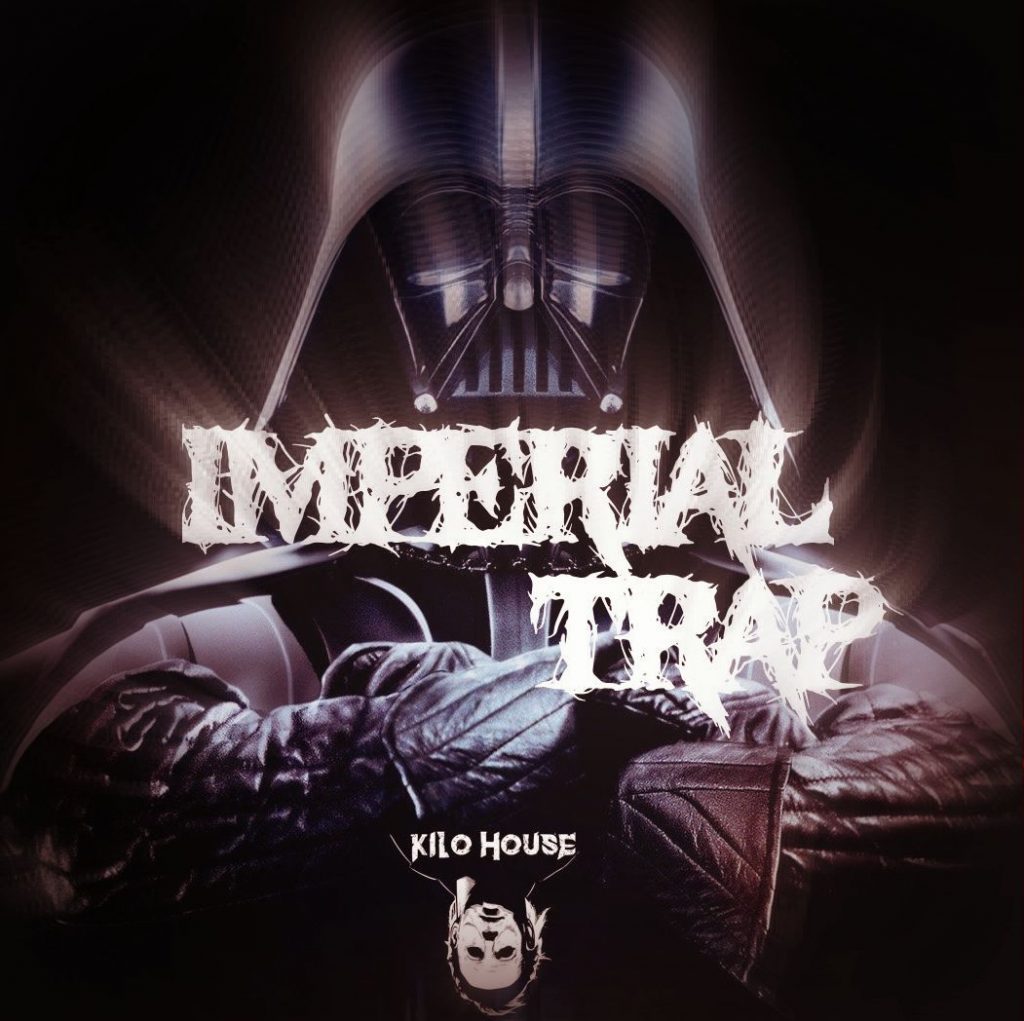 The whole track is quickly addictive. Swinging like a hypnotic pendulum, it keeps the ear constantly glued to the speakers, always searching for those elements of commonality taken from the famous march. Meanwhile, as the song progresses, Kilo continues to weave the weft’s warp, with clever vision and witty touches.

Kilo House is an artist who has always been praised for being one fitted and suited to creating songs capable of both impressing and thrilling at the same time. After the positive feedback received from the listeners with numbers such as ‘R.U.N.’ and ‘The Night He Came Home’, it is easy to imagine how ‘Imperial Trap’ is destined to become one of the symbolic track for the Kilo House discography.

Concise and at the same time intricate, yet dark bearer of an upward aesthetic message, as recognizable as engaging, ‘Imperial Trap’ is an excellent starting point for entering the world of Kilo House.

This is definitely something interesting to savor, not only for Star Wars fans, but also for trap and electronics enthusiasts. Certainly a song to be appreciated for the ingenious idea structured in the production level.

To know more about Kilo Houe and his music, find and follow Kilo House all over the web by checking the links below: