Ready to enter a new wonderland? – Not in Alice’s, but in Just A Jester’s. Or if you prefer, “do you choose the red or the blue pill?”

Whatever is the reading key you want to use to open Just A Jester’s world of eclecticism, his single “Exceptional” is exactly what the title says.

But before delving into the song, let’s take a step back to find out more about the artist.

Having spent over a decade on the scene, Tim Whitaker is anything but a newbie. He hosted some of the earlier open mic shows in London, namely ‘Acoustic Revolution.’ He wrote songs for Ty-Lor, a duo with his brother, and was featured on BBC 1’s program What’s That Noise. He performed in Glastonbury several times and received various airplay on radio stations across the globe.

Some say that he once also played to a low flying UFO at a small open-air festival in the South of France.

After his brother, Simon, parted to start a family in Stroud, the Whitaker Brothers’ project had come to a dead-end. The distance between made it difficult to continue performing as a duo in festivals and pubs.

So, being an avid songwriter, Tim had to find a new outlet for his creativity, which came under the histrionic hat of the solo project Just A Jester.

Continuing his quest as a musician, producer, and live performer, he is now what you might call a one-man band, and since 2017 he has already released several singles and an EP under the new moniker.

Recordings and sculpting his creations in a bedroom hidden in the environs of New Malden, Just A Jester bridges a miscellanea of remarkable inspirations, including Talking Heads, David Bowie, Brian Eno, Frank Zappa, The Killers, Ian Dury and the Blockheads, just to name a few.

So says Just A Jester talking about his creative vision: “Each song I write is quite a project of its own. I try to be as different and unique as possible so making an album more varied and entertaining for listeners. Finding the right subject is paramount. One you can write honestly about. Best still, a real experience or story you know others can identify with.”

But while he may have connotative influences, these are almost undetectable in the music he creates, unquestionably sporting his own personal style.

Of all his releases we have selected the single “Exceptional,” a peculiar composition which we found to be an excellent manifesto to highlight the histrionic touch and personal vision of Just A Jester.

Each song I write is quite a project of its own. I try to be as different and unique as possible so making an album more varied and entertaining for listeners.

Finding the right subject is paramount. One you can write honestly about. Best still, a real experience or story you know others can identify with.

“‘Exceptional’ is, quite simply, a ‘lover’s haunt,’” explains Tim. “It is an account of how I first became mesmerized by my current girlfriend.” Here the composition is kept quite simple. “Bar the percussion and drums, the recording is pretty close to how I perform it live, although I’d use an acoustic guitar,” he said.

Igniting the magic of that mesmerizing sensation, “Exceptional” spreads and amplifies in all its refreshing and intoxicating delivery. Overwhelmed by the thrill of the moment, the romantic fascination into which Tim fell becomes a brilliant intuition to show off the breadth of his creative horizon.

We had fun playing a bit with Just A Jester’s image, depicting him as some sort of mad hatter. Ineffable as elusive, his “sui generis” coinage has led us to imagine him as a skilled spellcaster capable of creating spellbound infatuations rather than being the recipient of certain suggestions. Thus, here comes the further surprise.

When the most splendid sunray hits this kaleidoscopic artist’s facets, he functions as an optical prism. Capturing the exceptionality of that light, he refracts its multiple colors, releasing a fragrant rainbow.

Soothing and heartwarming, the edgy facets of his effects returns an enthralling polychrome spectrum, saturating the whole soundscape with charming effervescence.

While she is the muse, the one who managed to sweep our mad hatter to her feet, he is the catalyst that expands chemistry. Undoubtedly something unique, as much as “Exceptional.”

Listen now to "Exceptional," the Single by Just A Jester, available to stream on all major digital platforms. 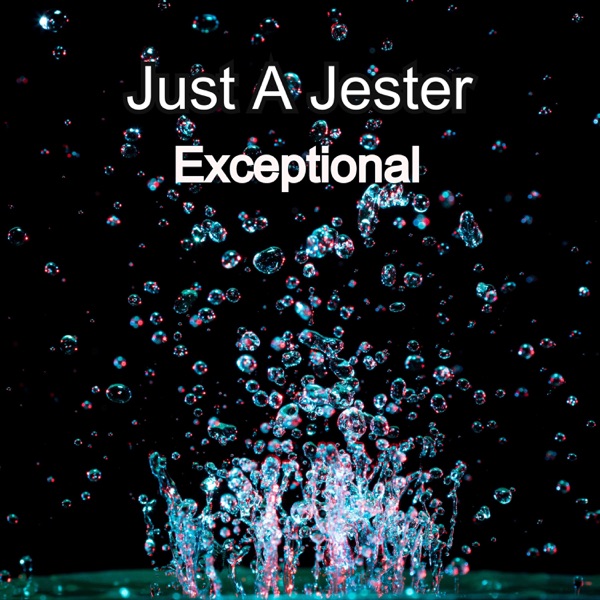 You can also discover "Exceptional" and Just A Jester music by listening to our playlist NOVA ERA, a weekly rotation featuring an eclectic selection of artists covered by Nova MUSIC blog.