I'd Rather Be Alone

If I Can't Be with You

When we put it like this, talking about “the last century” when referring to Johan Ruborg’s persona, one would expect to find themselves in front of the image of the classic veteran of the music scene, one who’s well on in years, certainly with silver hair. Anything but that.

Sweden-based artist and songwriter Johan Ruborg is already an icon of today. Maybe he is not even considering himself as such, certainly it is not the prerogative of his stylistic signature. Behind the incisiveness of his person and his penetrating gaze there is one of the most musically expressive acts that we have discovered in quite some time now.

And everything fits perfectly as soon as you hear his music, from his debut in 2016, with the album ‘Tales of Ordinary Madness’, to the more recent ‘In It for the Long Haul’. And then, moving through his 2020 singles, ‘Blood Meridian’ and ‘You Made Me a Criminal’, up to get to the most recent ‘I’d Rather Be Alone (If I Can’t Be with You)’, Johan Ruborg is one who chains great melodies, one after the other, intertwining them with poetic lyrics. 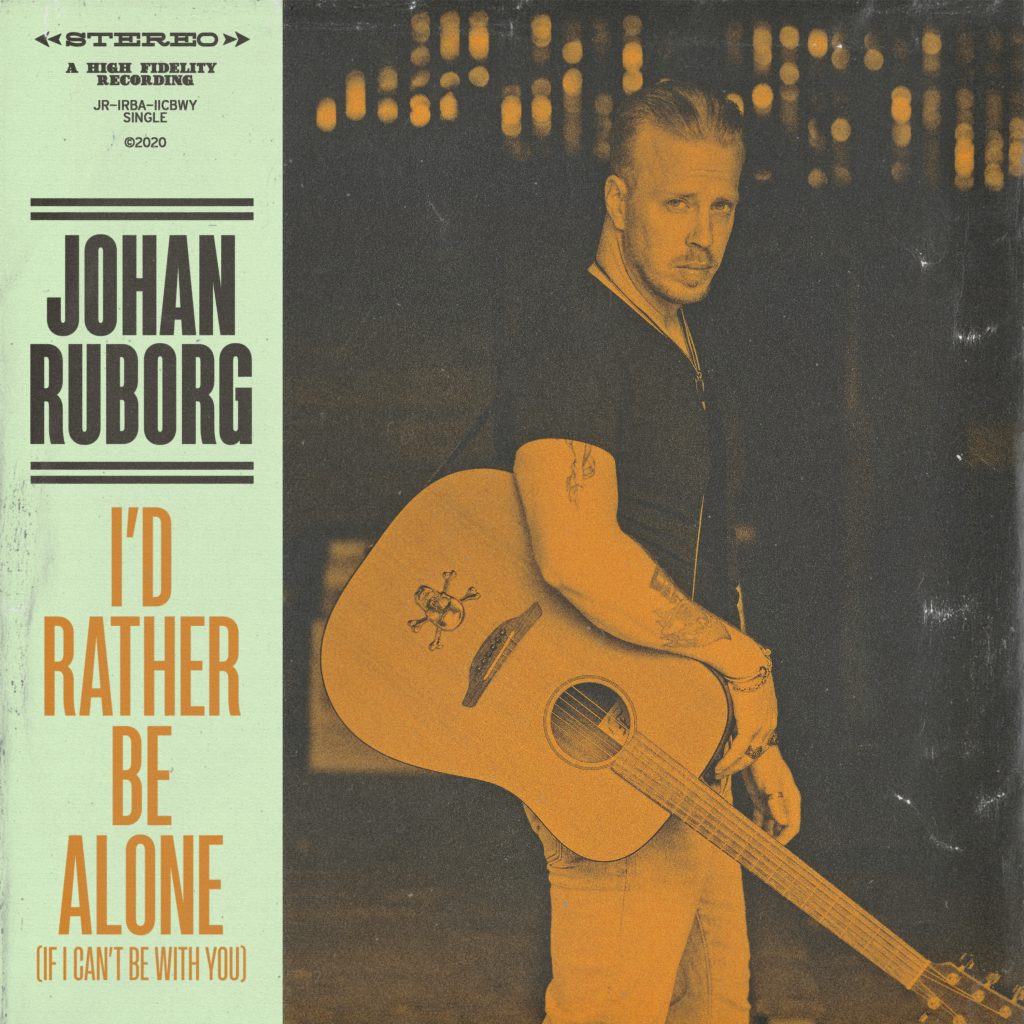 The release of the single ‘I’d Rather Be Alone (If I Can’t Be with You)’ is accompanied by the official music video available on the Johan Ruborg’s YouTube channel.

A skilled storyteller, his lines evoke the narrative of those iconic storytellers who made 20th century music great. A Ruborg’s song starts, and the ear and the memory immediately rush to remember names like Bruce Springsteen, Tom Petty or even Warren Zevon.

Going forward, if we stuck to a short-sighted and hasty listening, we could easily fail and relegate ‘I’d Rather Be Alone (If I Can’t Be with You)’ to being a simplistic exercise in style, close to a Bob Dylan’s or even a Paul McCartney’s song.

Yet, Ruborg’s touch makes everything so universally relatable, capable as he is of pulling you into his vibrant stories, while his imprint is that caress at the roots of the most genuine rock, which only he seems to be capable of making sprout and grow to its full glory: as familiar as it is luxuriant, as flourishing as it is unexpected for the intensity with which it stands before your eyes.

In reality, there is very little surprise here. With his previous work, the studio album ‘In It For The Long Haul’, Ruborg had already given us a full measure of his artistic depth, showing all the characteristics and key coordinates of his caliber.

Overall, it is a precious sensitivity, the kind belonging to those who are able to assimilate the world around them, metabolize it to grasp its most poetic traits, and return them through a creative vein that draws lifeblood from the simplicity that actually makes up even the most complex things.

Far from being a reduction, with his minimalist approach Ruborg extracts an ephemeral light juice, pervaded by the depth of the meaning of the things of life. A primary good, indispensable to soothe our consciences even, if not above all, in the 21st century.

Listen now to ‘I’d Rather Be Alone (If I Can’t Be with You)’, the lead single off of Johan Ruborg’s album ‘Villain of the Piece’, which is produced by David Petersson and it’s set to be released on October 1st, 2020.

To be sure to not miss the release of ‘Villain of the Piece’, and to know more about Johan Ruborg and his music, find and follow Johan all over the web by checking the links below:

Also, you can discover ‘I’d Rather Be Alone (If I Can’t Be with You)’ on NOVA ERA, our playlist featuring on a weekly rotation all the artists covered by Nova MUSIC blog.