Raw, gritty and pulled by an exciting groove, 'Leo's guitar' is the exciting blues-drenched EP by Izzie's Caravan 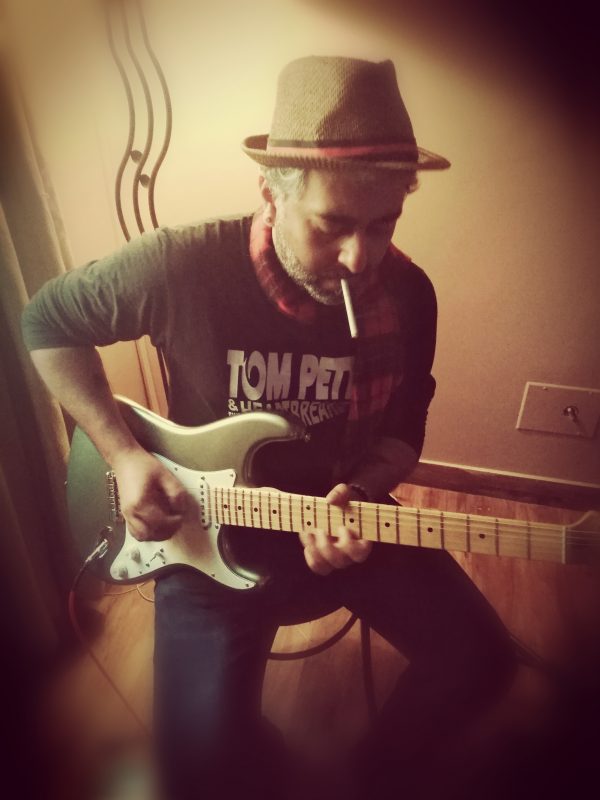 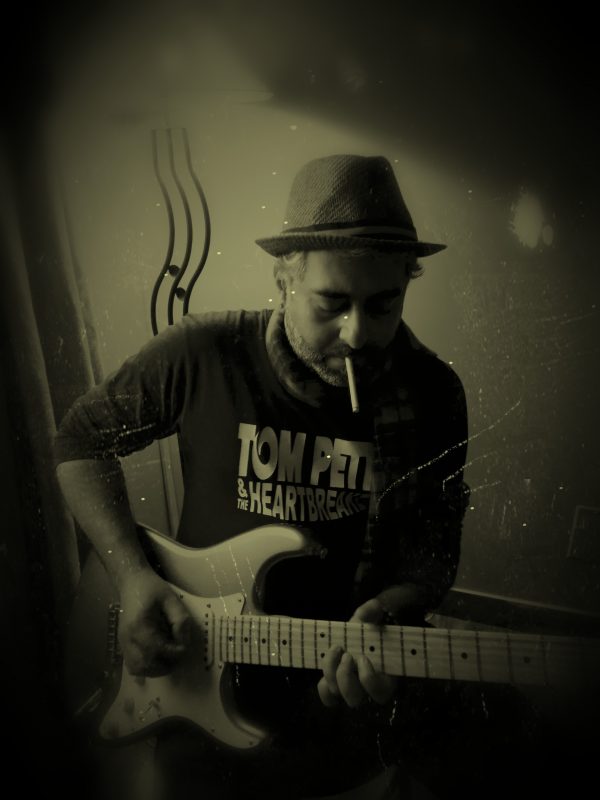 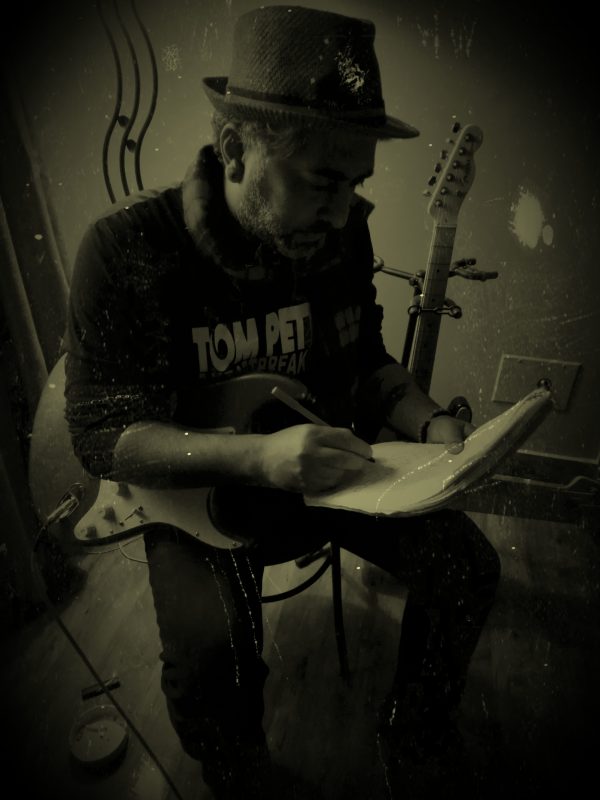 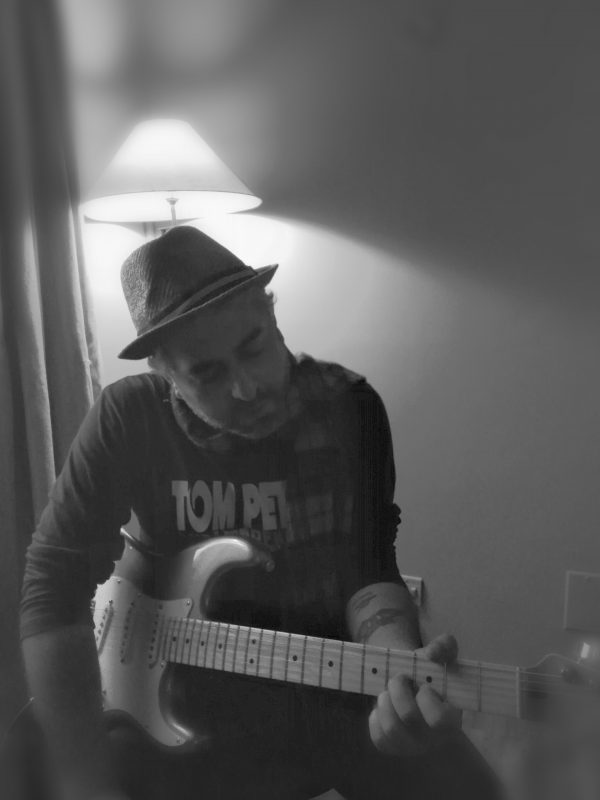 With decades of experience as a musician and a keen creative sense behind him, Izzie’s Caravan sports the permeating strength of his trademark, with a full-bodied and mature sound that shows him already walking in the footsteps of the great ones of blues and rock.

Composed of 4 tracks of great, quality music, Izzie’s EP is a magnet that captures the listener’s attention, absorbs and envelops hin in an engaging and enthralling listening experience, rooted in the most genuine cornerstones of blues and rock music.

While many artists are struggling in search of experimental and alternative drifts, mixing and hybridizing different genres with each other with varying degrees of success and sometimes failing miserably, inside ‘Leo’s Guitar’ Izzie’s Caravan performs an exercise in style that stands out for the genuineness with which it went in search of the roots of two genres that are some of the fundamental building blocks of today’s music.

The result is a formidable, organic and coherent release, made brilliant and compelling by a contemporary touch of cleanliness and balance of sound and mix, and enhanced by that scratchy and rough touch typical of blues and canonical mainstream rock.

To get to know Izzie’s Caravan and his music more closely, we caught up with him for a chat and to ask him some questions. Read on to find out more!

Welcome to Nova Music blog and thank you for your time on this interview. In short, who is Izzie’s Caravan and what’s its origin?

If I had to sum up the origin story of this project in one word, I think it would be ‘chance’. Believe it or not, I had actually given up the guitar and playing music for a good decade or so. After my last band wrapped up around 2007, I became very disillusioned with the general state of music and I didn’t really have the drive to pursue it anymore. Anyway, so a couple of years back, I was lucky enough to get some encouragement from some friends and I figured it would be good to have a creative outlet. Getting back into guitar made me feel like a kid again, yet being older, I had a more sincere appreciation for the instrument. So I started re-learning it, which led to writing… now I write, compose, arrange and play everything myself… and so I ended up releasing ‘Leo’s Guitar EP’ in December and ‘Zephyrs EP’ in February.

The EP ‘Leo’s Guitar’ embodies the most genuine spirit of blue and rock’n’roll, combined in a contemporary approach well set in life today. How is this reflected in the music and videos you create?

One of the great things I learnt from the blues was the ‘honest stories’ they would sing of. Being socially and politically conscious, that really appealed to me and found its way into my writing as well. To me, the most critical part of writing is trying to capture real stories and real experiences in these challenging and complex times. I think ‘Leo’s Guitar’ is a great example of that. ‘Two In The Bush’ is a commentary on economic disparity, while ’Lightnins-a-Howlin’ is of course my tribute to the blues and how it actually gets me through on a day-to-day basis. ‘Dorian’s Lament’ is very meaningful to me because that captures my personal experiences on how to stay grounded to my roots in a world that’s socially and technologically evolving at such a rapid pace.

What are the sources of inspiration that fuel your creativity?

Growing up, I have to credit Aerosmith as being such a major influence on me. I keep going back to their first 5 or 6 records, particularly ‘Rocks’ and I really thrive on that raw and gritty sound that they had. Tom Petty, particularly Mike Campbell, and of course the Stones, CCR, John Frusciante were huge influences as well. But it wasn’t till I discovered the blues that I really realised what I was really missing in my life. Today, I can’t get through a day without listening to records of John Lee Hooker, or having live performances of Clapton or Stevie Ray on loop… but the two guys who have had the most influence on me are Buddy Guy and Lightnin Hopkins. I still remember when I first heard this record called ‘Lightnin and the Blues’ and I honestly stood the entire time that record played from start to finish. It’s one of those profound moments in my life I’ll never forget. To me Lightin Hopkins is the complete artist.

After the EPs ‘Leo’s Guitar’ and ‘Zephyrs’, we know you’re already working on another EP. Can you give us any anticipations about this new project of yours?

Yeah it’s called ‘On The Pull’ and it’s back to the blues but very, very raw and very, very gritty… upbeat, fast-paced, great ‘car tunes’… and lyrically I really want to push the boundaries a bit with this one. I’m honestly very excited about it and can’t wait for the finished versions. Hopefully it should be available on all digital platforms by May.

To stay in touch with Izzie’s Caravan and find out more about his music, check out the links: