EP
Up and coming artist Isaiah Mclaughlin continues his experimental journey into the drift of alternative dark pop with the 6-track EP “Narcissist.”

The new lashed brushstroke of the emerging artist is an ethereal clawed hand that scratches the most material veil of the concrete introspective mirror.

According to his sonic view, there is no doubt that he is one who does things his way. We have already had a large taste of it with his previous work “Revolution,” a 6-track EP that we recently talked about in a previous post. In case you missed it, you can find it here: Isaiah Mclaughlin // Revolution

Isaiah writes, plays, produces and engineers all his music, focusing on bringing out all the essence of that rhapsodic auditory perspective, which is the personal vision that underlies his creative concept.

It is an alternative matrix that we have already found in his previous “Revolution,” here emphasized to delve into the darkest streams and folds of an ethereal, or rather ghostly, pop.

Precisely on this navigation route, which apparently does not seem to have a pre-established goal, the histrionic imprint, the alternative plot, the undoubtedly eclectic reverberating polyphony of Mclaughlin, is a manipulative immersion in the service, use, and consumption of the signature personal of him.

The extremes, or rather, to be honest, the extremes, are therefore accentuated since the widest possible use of aesthetic and register digressions.

The rapture designed by Mclaughlin in his new EP is a precarious imbalance between longed-for moments of ecstasy and injections of longing tribulations.

The restructuration and defragmentations are fluidification, so much so that there are many jumps in humoral altitude that first leave you suspended in mid-air, and a moment later they grab you with leaden tentacles that pull you down, in the depths of murky, vilely eager waters to drown the dark duties.

Here rationality certainly does not find a safe haven in which to stop. Certainly, in its own way, “Narcissist” has its own logic of thought. Still, the sound aspect’s rarefaction and cacophonic saturation is more a sequentiality of structures aimed at rendering a confusional state’s agony, rather than bundling letters of an intelligible school alphabet.

“Narcissist” is more an EP aimed at asking questions, and therefore arousing doubts, rather than giving answers and absolute certainties. Without too many signs, this organized disorder plays out of every comfort zone, between distorted blows, thundering reverberations, bombastic pinnacles, vibrant crests, and frenetic slides.

So capitulating in listening along the 6 tracks of “Narcissist,” we proceed forward and sideways, up and down, without apparent logic, manipulated like puppets, whose strings are manipulated by Mclaughlin. 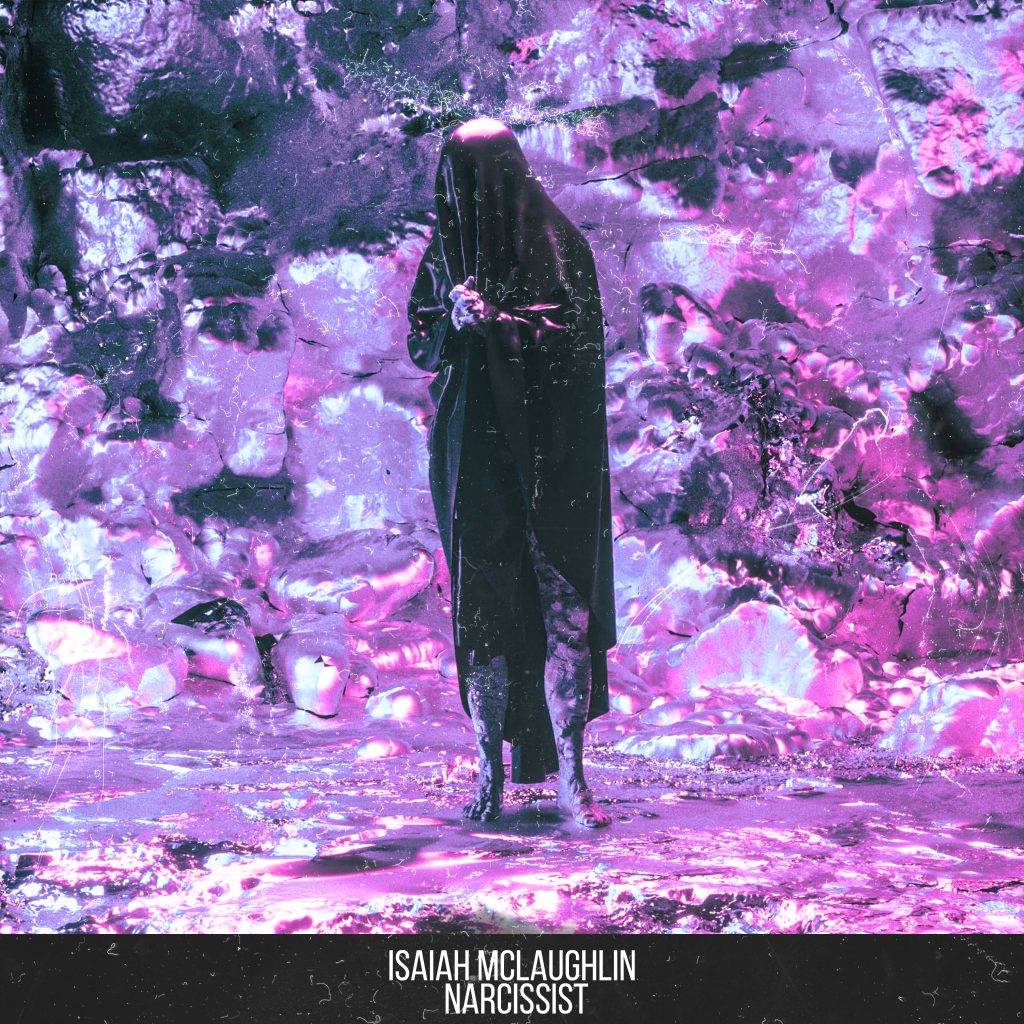 It is part of the new frontier that wants more and more percussive music, less harmonic, and more and more devoid of harmonizations. Lacerating and crude in its sophistication. A pitch-black acid, which, however, it is good to always remember, is the juice extracted from our contemporaneity.

Listen now to "Narcissist," the latest EP by Isaiah Mclaughlin, available in streaming on all major digital platforms. You can find your favorite one via solo.to/Isaiahjmcla