Recently we have talked about ‘Rebirth’, from Spanish producer, pianist, and composer Juan Sanchez, a beautiful release made up of 9 neo-classical, ambient and new age piano pieces of formidable expressiveness.

In case you’ve missed our previous article, you can find it here: Juan Sánchez // “Rebirth”

Because of the remarkable quality and uniqueness of this album, we have decided to reach out to have a short interview with Juan via chat. Keep on reading to know more about this talented artist and his latest release, ‘Rebirth’!

Hi, Juan, and thank you for taking the time to do this interview.

Thanks to you, Gabriele, for giving me the chance to talk about myself and my music.

So, let’s talk about ‘Rebirth’ and its genesis. Is there a spark from which everything started?

Yes, back in 2019 I decided that I wanted to accomplish one dream I had had for a long time that was to create a piano album. I have been working as a professional composer since 2000 and I have always felt very grateful to have found my job as an ambient music composer and sound designer, but in my heart, I did not feel completely fulfilled with this role. I had always dreamed about becoming a professional pianist and composer, but I didn’t have the confidence to pursue this dream, as I felt that this was only for very talented musicians and I did not see myself in that way.

One day I was talking with a psychologist and I told him that I was very happy with my job as a music composer for multimedia, but that the reason that got me started in the music was that I wanted to become a professional pianist and composer of piano music, but life took me into a different direction and I became an Ambient music composer and sound designer. He replied saying that life puts you where you think you deserve and should be, that if I didn’t become a professional pianist and piano music composer it was because I never tried hard to become one. As Henry Ford said, “If you think you can, or you think you can’t, you’re probably right!”

This made me think and I realized that the psychologist was right, I never had the confidence to try to become a professional pianist, that was the real reason. If you do not believe you can do something, then you don’t even try to do it.

This conversation opened a new world for me and I decided that it was about time to full fill this dream, so I started creating piano music. In March 2019, I released the first piano composition “Rebirth” as a single on Spotify and other music streaming platforms.

Provocative question: instrumental music in 2020. Does it still make sense?

Instrumental music has always been with us and it still makes sense, and I think that it always will. Instrumental music generates different types of moods, nowadays you see that the most successful playlists on Spotify are the instrumental ones, as sometimes people need to just listen to the music and concentrate on their own thoughts, words can sometimes be distracting, so they switch to instrumental music that provokes the mood they need for that specific moment.

What is the most beautiful feedback you think you have received to date from your fans?

One of my Twitter followers sent me a link to listen to one of his piano compositions, the piece was beautiful and it was accompanied with a message where he was thanking me for creating music that inspired him to compose his own. That’s very nice to hear and I immediately connected with this person, as other composers have also inspired me to create my own music, so I understand what this means for him.

Let’s go back to the album. The title ‘Rebirth’ seems to suggest an autobiographical cut. In addition to music, how much and what’s yours in this release?

All the piano compositions have been created by me. The pieces that have string parts have been created by talented violin and cello player Yoed Nir. Some listeners, in particular the ones who are musicians and producers, have commented very nice things regarding the production of the album, this is thanks to composer and pianist Bruno Sanfilippo who has added his personal touch with the reverbs and delays heard in some of the compositions. He has helped me to create the Classical/Ambient feel I wanted for this album.

It feels like, more than a point of arrival, ‘Rebirth’ sanctions a new starting point. Is that right?

Yes, it does as I am now creating new compositions for my second album, planned to be released in September 2020, this second album will include more collaborations than the previous one. Also, I’ve just signed a distribution deal with a couple of record labels that will help me to spread my music to a wider audience.

With the recent success I am seeing with my debut album “Rebirth”, I have also had the opportunity to license my music for video projects and I am happy to see that more and more video creators are using my music for their Youtube videos, which is helping me a lot reach new audiences. 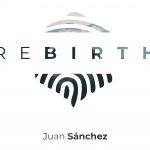 From Spanish producer, pianist, and composer Juan Sanchez comes “Rebirth”, a beautiful release made up of 9 neo-classical, ambient and new age piano pieces of formidable expressiveness.