In The Shallows // Hold On

A good omen and hopeful reminder that dark times will pass. Wellington-based act In The Shallows share “Hold On,” the single and the video for their latest delicate release, taken from their upcoming self-titled debut album, which will be available on November 14th, 2020

Started by Parsons and Shepherd after they met by chance in July 2019, they swiftly realized they were sharing the same musical goals. As Danni had been writing for an acoustic folk duo for some time, they launched straight into recording a collection of songs in Paekakariki on the Kapiti Coast.

Vocalist Danni Parson was raised in Wales, settling in Aotearoa in 2005. Once settled in Wellington, she co-write lyrics with Mara Simpson (Mara and the Bushkas) and performed alongside other well accomplished New Zealand musicians in Wellington band Soul Caravan. Danni also works in film and theatre.

Guitarist and vocalist Lance Shepherd has worked as a touring and recording guitarist with Martina Topley-Bird (ex Tricky). He collaborated with producers such as Johnny Dolla (Massive Attack), Leila Arab (Bjork), and has played on several high-profile radio, television, and live shows throughout Europe and the US, including BBC2, Later… With Jools Holland, Montreaux Jazz Festival, and SXSW. 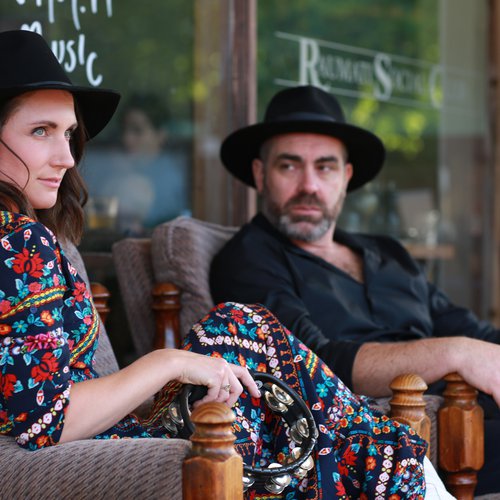 Ahead of the release of their debut album, which they recorded with producer Steve Rokosh (Calgary, Canada and Nashville, USA), the group recently released their uplifting and poignant “Hold On.”

Speaking of the track, front-woman Danni Parsons explains, “Hold on was written about close friends, and our own feelings and experiences. It was intended as a beacon of hope for those who suffer from anxiety and depression. It is a loving and supportive reminder that while some days might feel unbearable, if you hang in there, it WILL get better.”

“Hold On” offer an exquisitely silken sound that weaves together soaring harmonies. Blissfully keyed into an acoustic atmosphere, the lead vocals seal a touching texture, made of love and loss, which hurts and soothes, jeweling a perspective opened towards redemption and empowerment.

A piece of modern folk, that will make fall in love even those who are not aficionados of this genre. Definitively something to furtherly explore and deepen more with their upcoming album.

Listen now to "Hold On," the latest by In The Shallows, available in streaming on all major digital platforms.