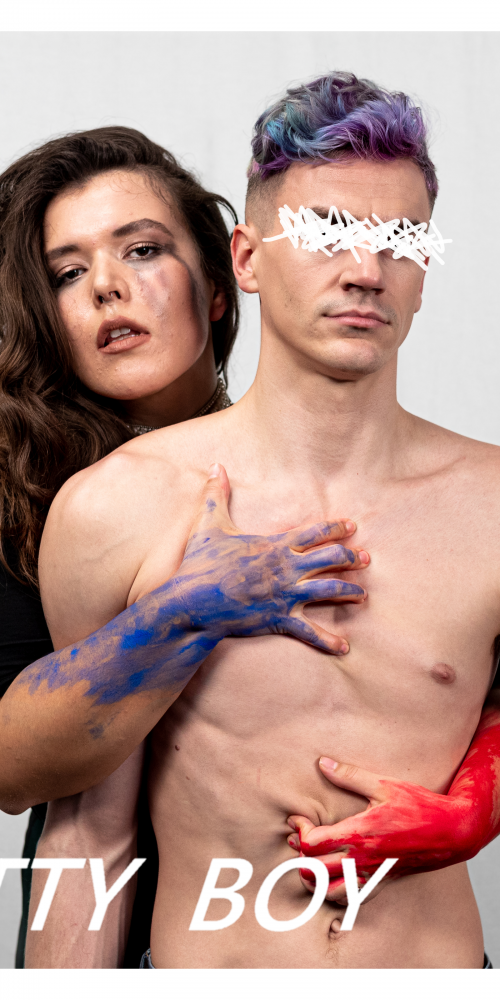 Garbage Queen unleashes the darkness, and the alternative touch of her style with the single ‘Pretty Boy’, out on June 10.

Born and raised in Poland, then moved to the United Kingdom in 2015, Garbage Queen is a classically trained artist – violinist, pianist, singer, and songwriter – fell in love with music when, as a child, she was watching her mother rehearsing for her own recitals.

Her next work, the release of which has been announced for June 10th, is the scratchy single ‘Pretty Boy’, a track that we had the pleasure of enjoying in preview.

Here, by releasing a plethora of emotions, Garbage Queen juggles with an alternative verve, halfway between dream pop and post-punk-rock, evoking the spell of beauty and charm of a pretty boy, whom even she seems unable to resist.

Between strokes of irony, satire and anger, Garbage Queen describes the narcissistic protagonist of the song, who “think about all the lovers he had, touching himself first.”

With ‘Pretty Boy’, she gives us a compelling glimpse over her creativity, bringing out an emotional and vibrant performance. Fusing with permeance and character the dreamy elements to erupting explosions in a theatrically powerful, dark and quirky in its own way, ‘Pretty Boy’ is a full load of Garbage Queen’s verve.

To avoid missing the ‘Pretty Boy’ release, available from June 10th on all the major digital platforms, pre-save the track here.

Find out more about Garbage Queen and her music by checking the links below: