Album
Read More
Forest Robots gains a new peak, taking us across the moors of his brand new album Horst & Graben, out on September 24th on the Elm Records label.

The stories from the book by David George Haskell, “The Songs of Tree,” are the framework that inspired the Californian artist to paint an emblematic and dreamy 10-track album in which to get lost and find yourself at every listen.

This is the matrix of Horst & Graben, the new album penned by the Californian composer and seasoned mountaineer Fran Dominguez, conceived somewhere between the Electronic and Experimental folds.

But as the signature that distinguishes Forest Robots wants, even in Horst & Graben, the synthetic synthesis finds new cycles, new intentions, precisely in the naturalness, in the vastness, in the fullness-emptiness dualism that we can discover by moving away from a civilization engulfed by concrete.

A sensory richness that we have already tasted in Dominguez’s previous works. Also, in this new album, we find his compositional flair and his ability to extract, synthesize, and rework according to his vision, that richness inherent in contemplating the discoveries made in over 400 ascents and 6,000 miles of x-country river crossing, rock climbing, snow trudging, rock scrambling, and bushwhacking.

And fortunately, Dominguez remains faithful to his path. Although Horst & Graben is inspired by stories taken from a book – therefore a panorama, that of “The Songs of Tree” by David George Haskell, which one might think to be more circumscribed – Forest Robots does not fail to collect ideas, themes, and spring suggestions. Then embedding Folk, Neoclassical, and Drone elements, he channels them into an Ambient flow with a strong Experimental Electronic connotation.

Of course, in line with the artist’s previous works, even Horst & Graben is an album that requires time to be listened to, tasted, then assimilated. Not a frugal listening, this release demands appropriate time brackets: to be dedicated not only to mere listening but to allow the double, triple, sometimes even quadruple layers assembled by the tracks, to take space, body, to expand and allow us to see the whole parable.

This is how Forest Robots refactor the reflection on the stories written by Haskell and use them to vectorize with harmonic and natural synchronism the direction of our sense of spirituality and existentialism.

In a pandemic-ravaged world where it is becoming increasingly difficult to ignore our status as global citizens, amid recursive social unrest, cyclical economic crises, and voids of uncertainty that seem to knowingly undermine our freedoms as human beings, Forest Robots rekindle that indissoluble bond that binds us to the environment that surrounds us, that conditions us, and refocuses the legacy for which we have to work.

Listen now to Horst & Graben, the latest Album by Forest Robots, available in streaming on all major digital platforms. You can find your favorite one via forestrobots.com

Released on Elm Records label, the album is available also as a Limited edition Cassette in O-Ring case. Find it on the Elm Records’ Bandcamp. 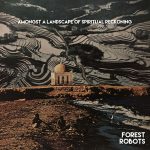 Forest Robots // Amongst A Landscape Of Spiritual Reckoning

Electronic composer Forest Robots is back in the spotlight with his fifth full-length album, “Amongst A Landscape Of Spiritual Reckoning,” an exploratory collection on spirituality, existentialism, and ethics. 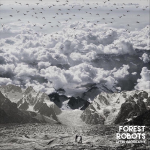 California-based electronic composer and seasoned mountaineer Forest Robots bends space and time with the profound intimacy of his brand-new album ‘After Geography’. 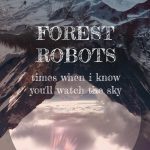 Forest Robots // Times When I Know You’ll Watch The Sky

Times When I Know You’ll Watch The Sky is the new and third album by Fran Dominguez under the name Forest Robots, a hymn to autumn: a statement full of hope, excitement, joy and nostalgia.