Born from friendship and love for music that makes you want to move, the piece that Pepper affectionately calls the sequel to “Electric Baile” is a compelling number in which Nu house, Dance, and Electronics are mixed in a House key.

Accompanied by the official video available on YouTube, SuperFreakMe is released by Wake Up! Music, a record label with offices in both Chicago, IL, and Miami, FL, and we’ve already covered some previous releases.

After several years of friendship between Fluid Dynamic, Scottish DJ also known as Ross Valentine, and Pepper Gomez, owner and CEO of Wake Up !, the two have culminated and completed this dance music project.

So tell us friends at Wake Up !, sharing some background of the making of “SuperFreakMe”:

Gomez has long admired Ross Valentine’s high-energy mixes and deep-tech prowess as Fluid Dynamic. The collaborative effort continued to progress over time, resulting in nine distinctive mixes that will be available by the end of this week. Pepper fondly calls this a follow-up to “Electric Baile”, the early House Music track she sang on in the mid-1980s which not only hit the Billboard radio charts but continues to stream, gets spins from DJs, and is heard in the dance clubs. The “SuperFreakMe” track was inspired by the Rick James classic hit “Super Freak”.

“SuperFreakMe” is already in rotation on the North American radio circuit, on Mainstream Top 40 radio stations, on Rhythmic Radio and on Electronic Music. Further appearances could be announced in the following weeks.

Watch now SuperFreakMe, the latest Video by Fluid Dynamic, Pepper Gomez. The song is available for streaming on all major digital platforms. You can find your favorite one via onerpm.link

To know more about Fluid Dynamic, Pepper Gomez, and WakeUp! Music finds and follow them all over the web by checking the links below: 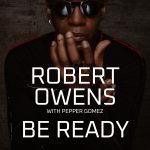 A track for the ages – “Be Ready” – by renowned House artist Robert Owens, with House vocalist and Wake Up! Music record label owner, Pepper Gomez. 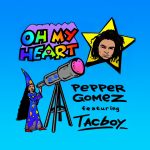 A fruitful collaboration in the path of the Nu house – Pepper Gomez presents “Oh My Heart” featuring Tacboy, the new single that will make us dance all summer long.