In the wake of musical influences that include artists such as Notorious BIG, Pastor Troy, UGK, Jadakiss, Twista and Young Jeezy, South Cat works hard to bring his music to the top, hoping to someday see his name at the top of the Billboard charts. South Cat is pursuing this dream with even more passion today, after the premature loss of his brother. Through the depth and passion that he puts into creating his own music, South Cat aims to build a medium through which to get in touch with the people who listen to him around the world.

Guided and raised by his grandmother since the age of 5, South Cat discovered his passion and love for music as a child, singing in the church choir and participating in several theatrical performances thanks to his musical talents. At 11 he meets his friend and producer Michael “Cokpara Beats” Mishoe, responsible for sparking South Cat’s interest in writing music . Their partnership later led the two to co-found the 501 Music, LLC record label.

In 2007, South Cat started his military career, enlisting in the United States Navy. During his enlisting time, he met many independent artists who shared his ambitions. In 2008 South Cat and Travis “Trap D” Mosley formed the remarkable rap duo “Guttaways”, recording classic songs such as “Robbin”, “Break Dat Bitch Down” and “Amazing”. Collaborating with “Nicky G. Beamz” and “DoloJay” they form the supergroup “D.S.C.B.” (Down South Country Boyz), and together in 2010 they published the mixtape “D.S.C.B. Vol I”. With artists Travanti” Peppa “Johnson and Baron” Bama “Jones, South Cat co-founded the rap trio SSC (South Side Connection) and in 2010 they released the mixtape “100 Block Tapes”, produced by Daniel Landreneau.

After a 4-year break from music, caused by unexpected life events, in the summer of 2016 South Cat decided to resurface with “Hold On”, a single also presented in “Starving Artist 2.5”, a mixtape hosted by Geek the Hot.

His latest project “Long Live Busta: The Christape” is a 15-track mixtape that South Cat dedicated to his younger brother, who died on March 28, 2018 from the injuries sustained during his arrest on March 22. The mixtape is hosted by South Carolina DJ P-Money and is available on all mixtape and streaming platforms. 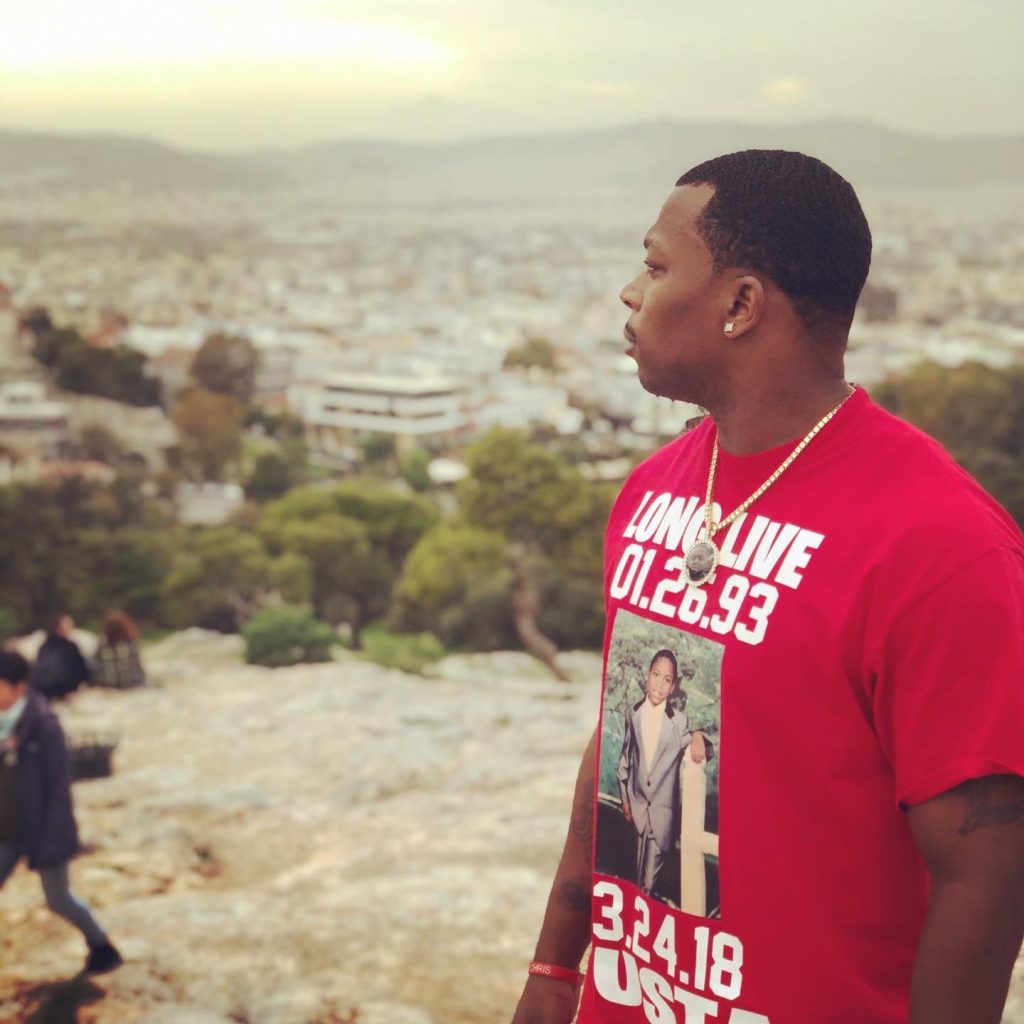 To find out more about South Cat and his music, check the following links: