Dominique Owens is an American vocalist and songwriter, born and raised in Louisville, Kentucky, who is known on the music scene under the stage name FAIF, the inspiring acronym that contains the core of his artistic vision: “For Anyone In Fear”.

FAIF initially gained recognition as an R&B artist thanks to the release, in November 2018, of his captivating single ‘No Rush’, the subsequent raunchy number ‘Lowkation’ in May 2019, and his third and most recent single ‘Lacedd’, released in March 2020.

Thanks to the attention drawn by his music, on April 25, 2019, FAIF was selected by the CEO of Murda Inc, Irv Gotti, as a winner in the Louisville Tales on BET Showcase. Both FAIF’s singles ‘Lowkation’ and ‘Lacedd’ have received placements on Tales on BET, a recognition of his talent that joins the nominations he received in 6 categories at The Kentucky Urban Entertainment Awards, that saw him walk away as the 2019 R&B Artist of The Year.

FAIF’s story in the field of music begins on March 3, 2014, the harrowing day  where he was the only survivor in a fatal car accident that involved his best friend Kerry Benson (Former University of Kentucky walk-on) and Germina Cruz (2014 Louisville Lady Xtreme Dance Team).

Following the accident, in the midst of recovery, FAIF started writing music, finding in it a great therapeutic expedient, as well as a formidable push to expand his creativity and image on the music scene. This impulse was further invigorated by his childhood friend and producer Calvin Roberson (Siah on the Beatz), with whom FAIF has been able to find the right understanding and the perfect chemistry, getting the most out of his talent. 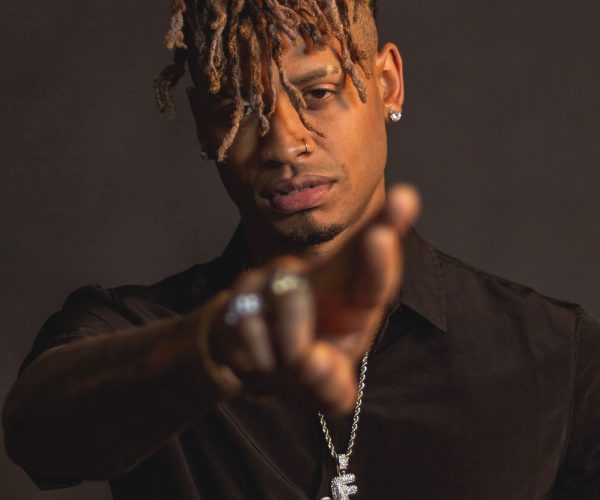 Inspired by artists such as Static Major, Usher, Chris Brown and Future, FAIF brings to the table a fresh and compelling blend of R&B and Hip Hop, driven by a captivating flow and engaging atmospheres that  he translate into videos and live performances without fail.

His magnetic performances have led him to trod many stages in addition to those of Tales on BET Showcase, such as those of Rod Wave, Bezz Believe, Headline Odeon Louisville, Diamond Pub & Concert Hall, The Bourbon Hall, Tiger Room, Club Liv, Supafye Tour, Nirvana, PlayMad, Vis A Vis Louisville, and many others.

Today FAIF is getting feature requests from international artists, while he is already working on his new EP, which will be released to the masses very soon!

To find out more about FAIF and his music, check the links below: