Ervin Mitchell is a singer-songwriter and rap artist from Memphis, TN, currently based in that hotbed of urban culture that is Atlanta, GA. To his credit he boasts shows performed in his city, from the opening for OG Maco, to high-energy concerts in iconic places such as The Masquerade.

Speaking of his style, Ervin himself defines it as “a sum of the emotionally vulnerable and avant-garde musical sensibilities of KiDCuDi and the quotable wordplay, unique flows and braggadocio of Lil Wayne.”

With his music Ervin is focused on transmitting meaningful messages and emotions, in the simplest and easiest way to receive. However, in his songs it is not unusual to find juxtapositions like lyrics with a deep meaning and light-hearted tropes.

Recently Ervin Mitchell released a new single titled “Break The Internet“, taken from his awaited album “Cudi Baby” and accompanied by an official music video that sees him performing his flow rap, perfectly dropped in that creative drift typical of his style and personal artistic vision.

Directed by Jamee Comelia and filmed entirely in Atlanta, the video is punctuated by distortions, overlays, and graphic glitches that go together with the sonic contrast in the song, its melodic beat colored by a low-fi vein and rarefied vocal dissonances.

To join the fans who are already following Ervin Mitchell: 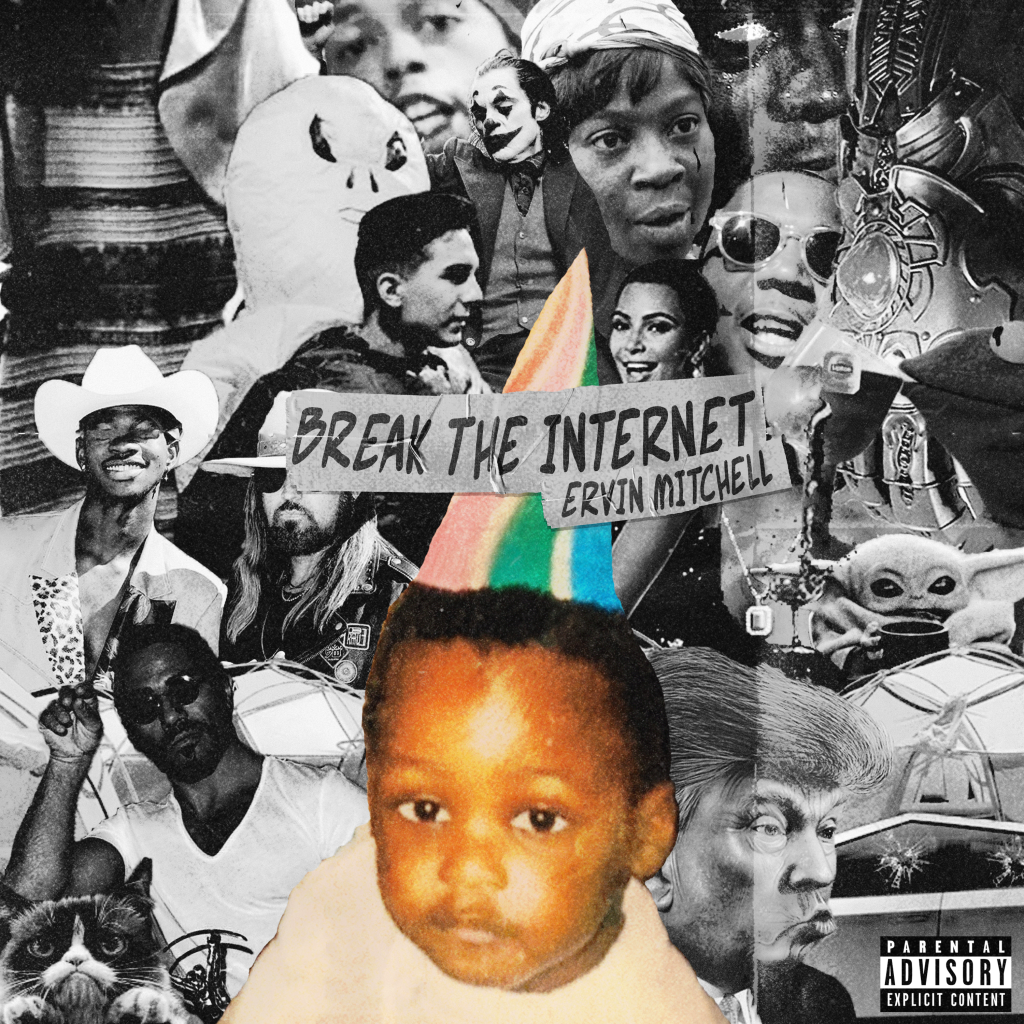