Hit the mark debuting with the biting and grooving EP run

CLEAR AND LOUD – The Velvicks delivers rousing Rock music that is at once familiar and distinctive. This statement is clearly noticeable with their debut EP ‘Run’: a 5-shot cannon ready to fire Stadium Rock vibrations into your bones.

CLEAR AND LOUD – The Velvicks delivers rousing Rock music that is at once familiar and distinctive. This statement is clearly noticeable with their debut EP ‘Run’: a 5-shot cannon ready to fire Stadium Rock vibrations into your bones.

At first glance, The Velvicks might seem to be like many of the best rock and roll stories. One you could trace back to a basement. Or even further back, to a kid with a guitar in his bedroom.

Our story starts in Brazil, a bit far away from the most renowned stages, looking at a young and promising Vick Nader, playing along the fretboard to widen his ample artistic inspiration he luckily had early in life.

Since very young Nader knew that he wanted to pursue music as more than a hobby. So he did. By building a bridge on the unifying pillars of that universal language which is music, Vick connected his lives in two very different places: Brazil and Miami. Two places between Vick’s family moved during his childhood.

Upon one of his return trips to Brazil, his brother brought home an old nylon guitar which he started to play. Guess what? By age 15, he was creating music that drew from both cultures, and decades of musical influence. He quickly found that music and guitar became both a therapy, and a social catalyst, connecting both of his cultures. 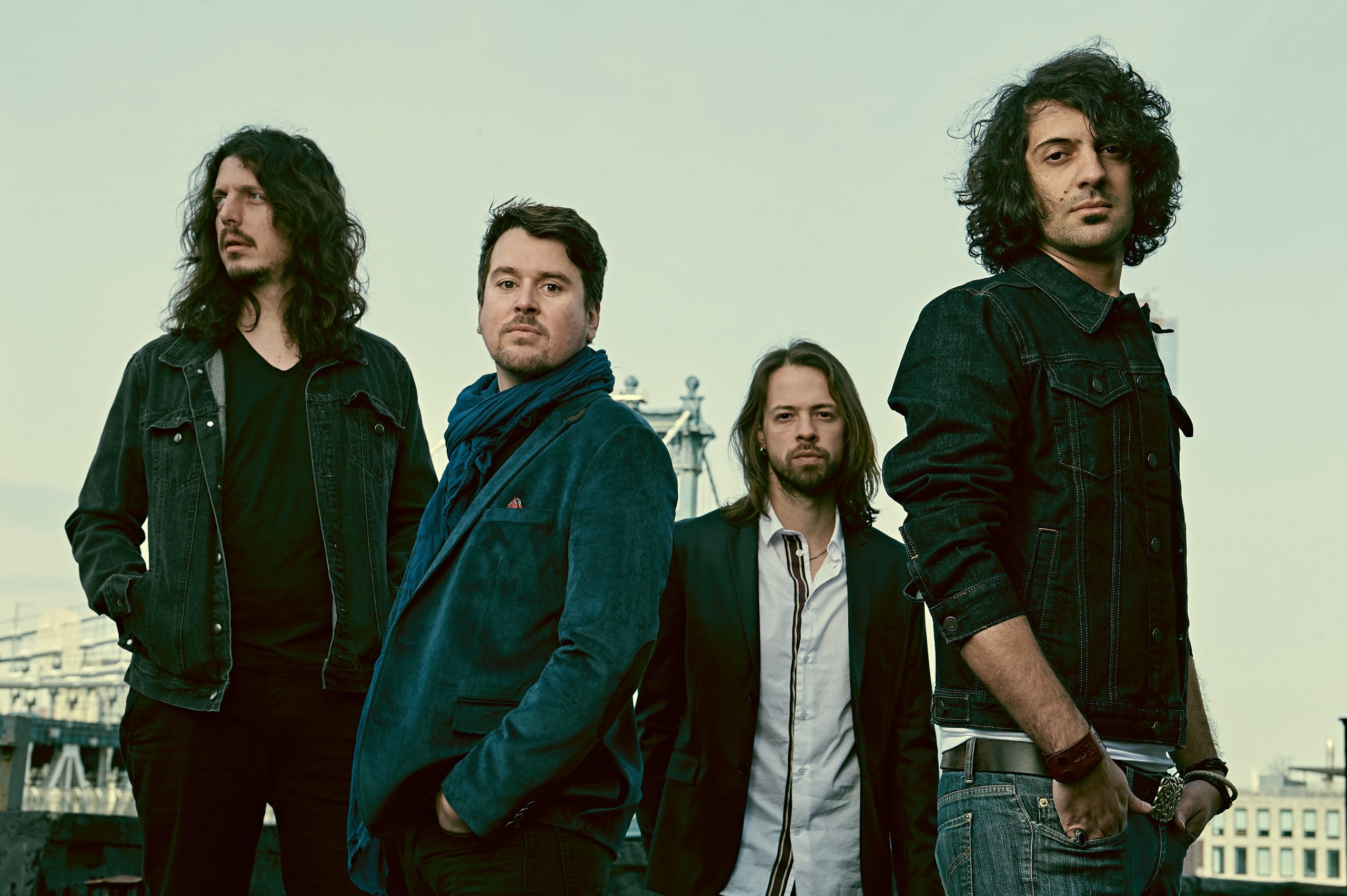 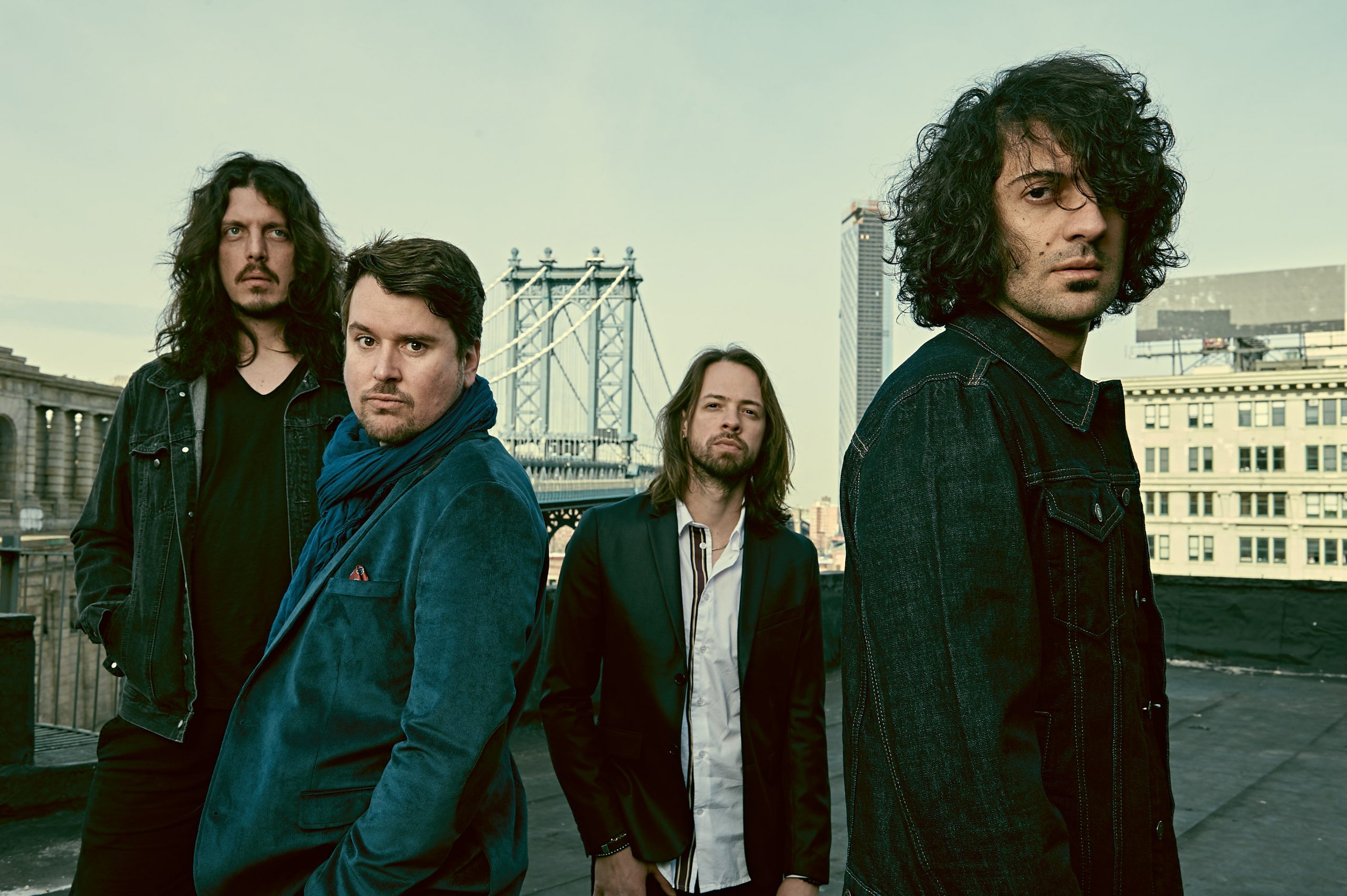 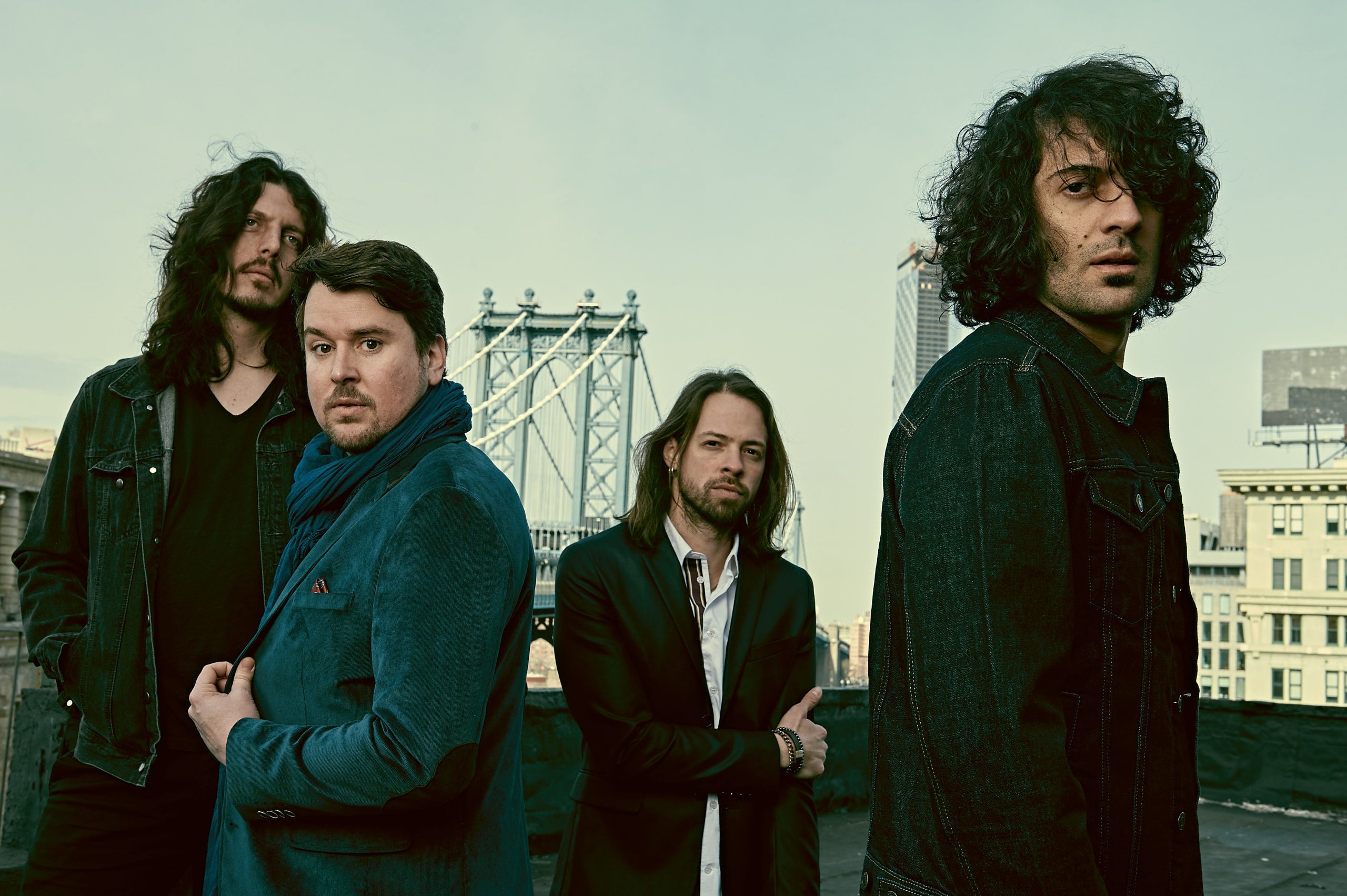 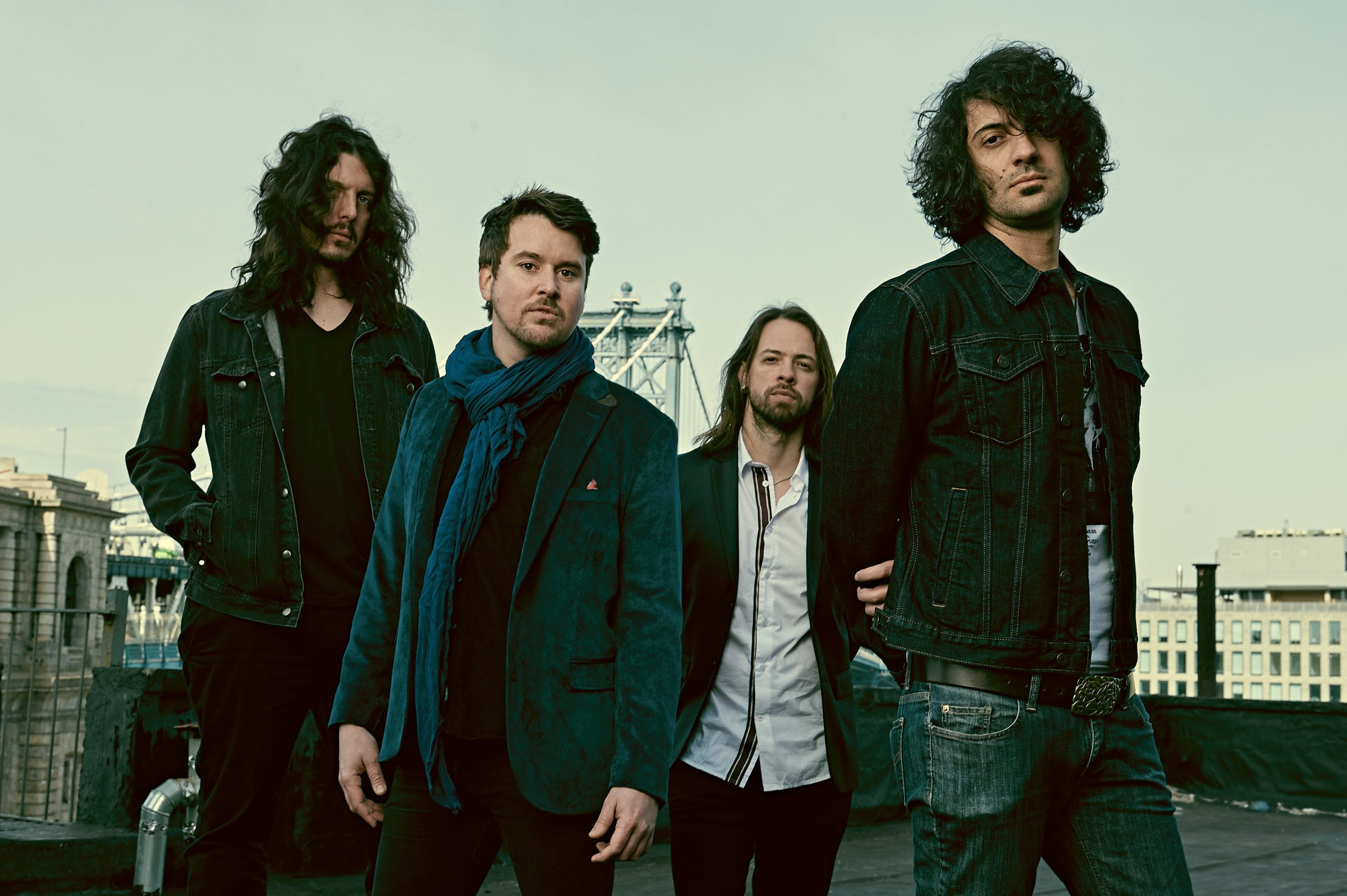 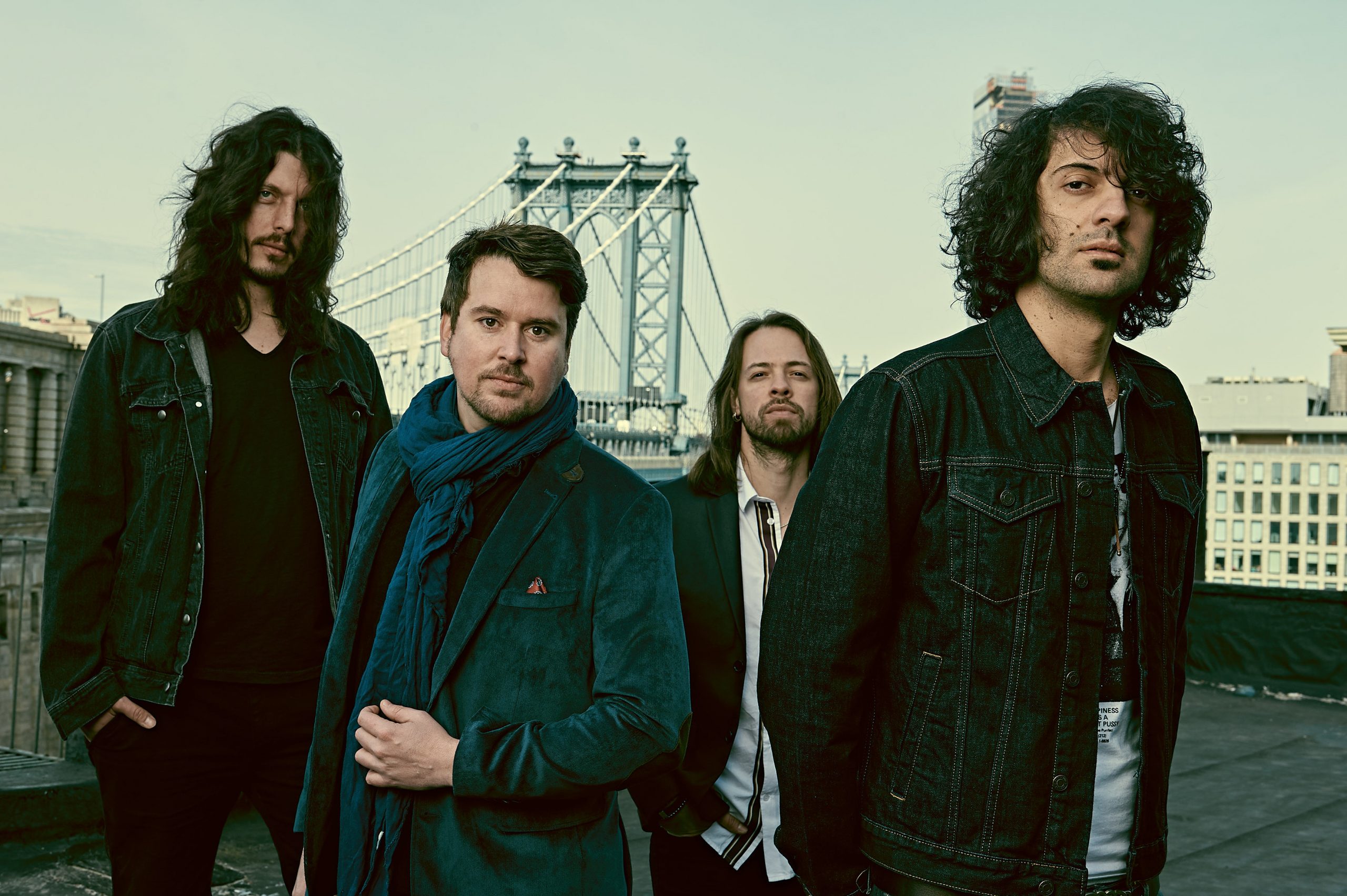 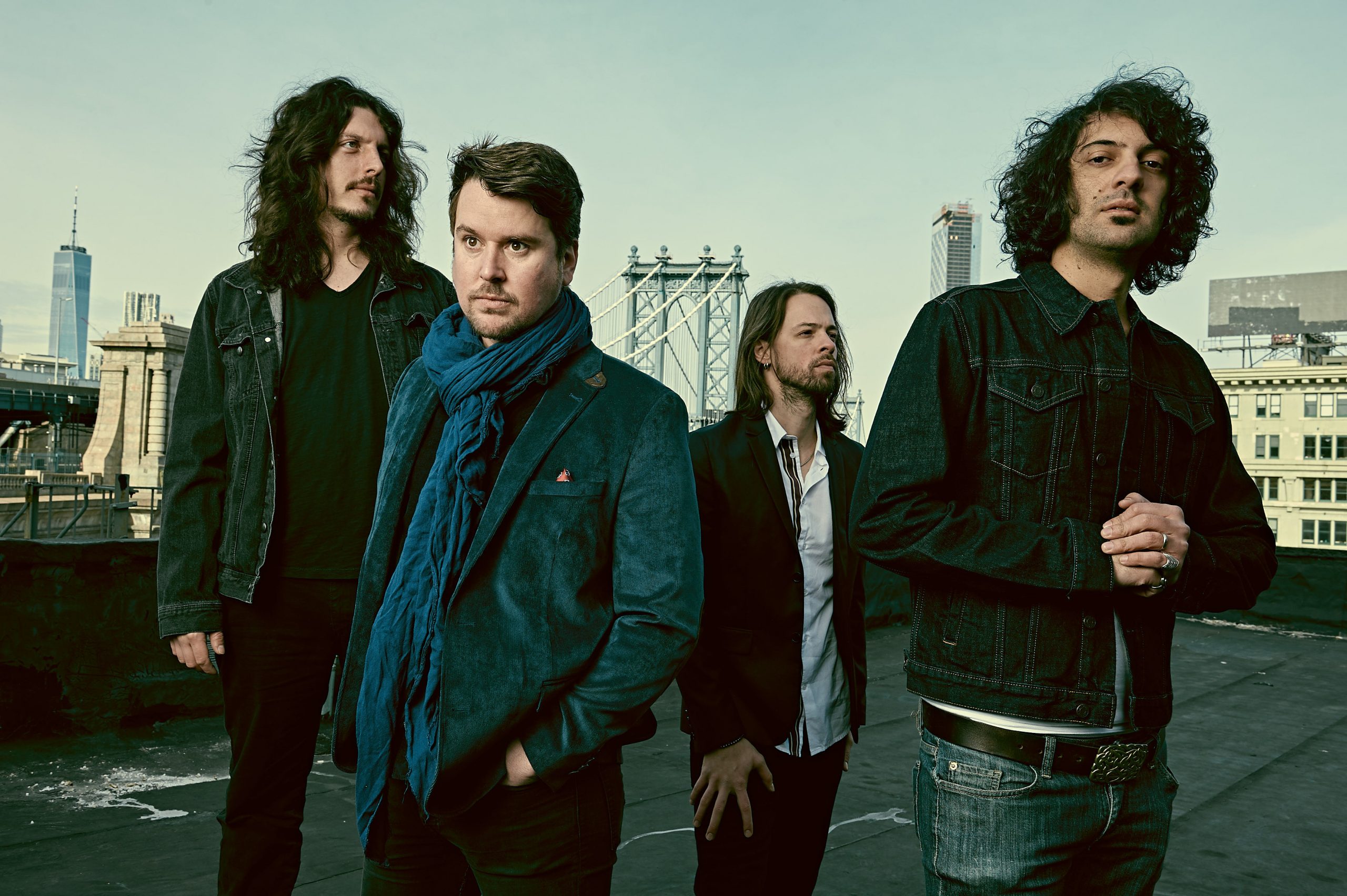 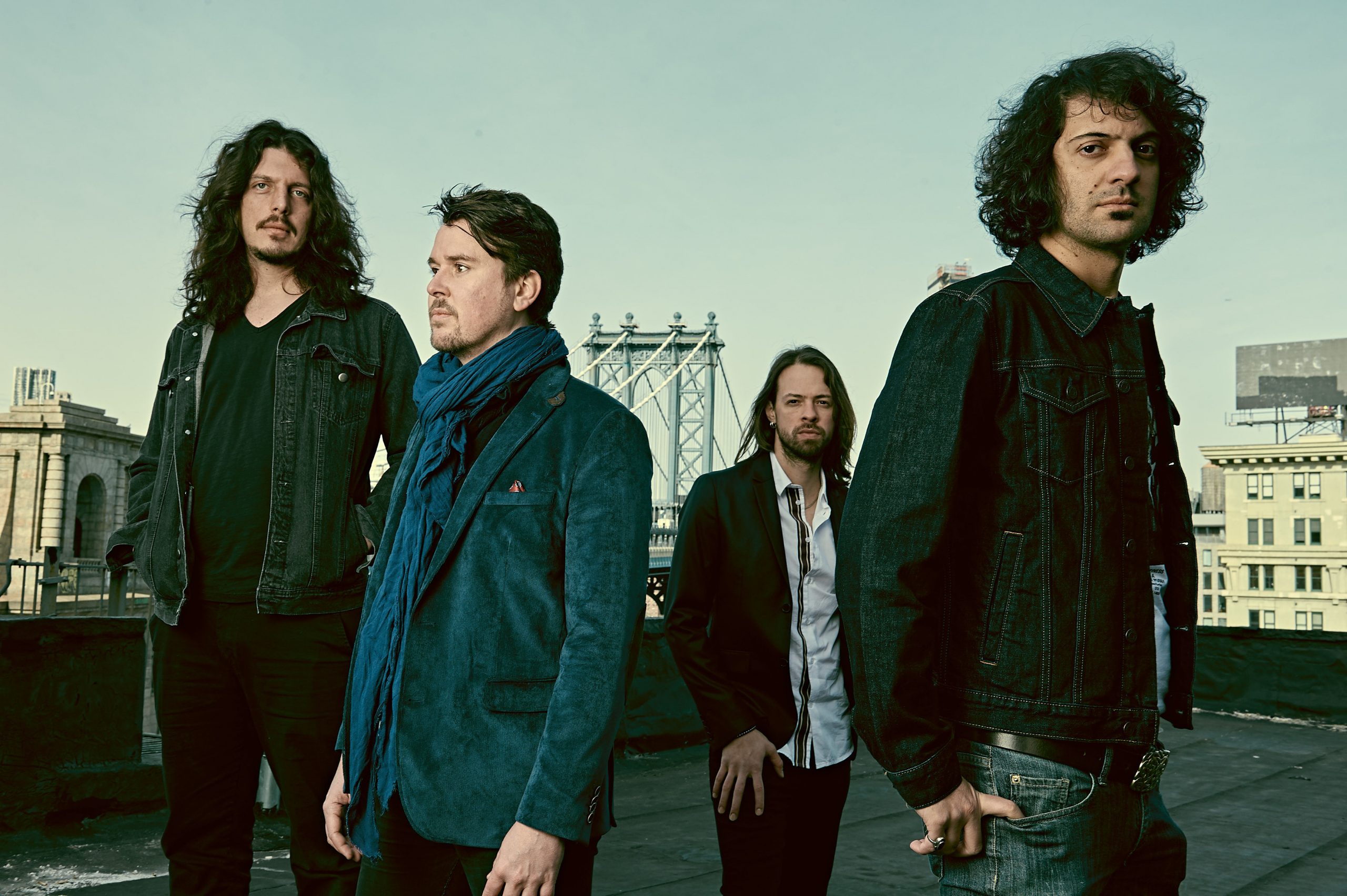 But what we’re looking for are the roots of the band, not just Vick’s. So, going on with our story, let’s leap to 2017.

We are hanging out in front of the house of drummer Ed Marson. Next to us, we have the lead guitarist Vinny Da Silva and the bassist Apoena Frota.

More a hideout than a home, the place is known in the area as “The Monroe Mansion”. In its basement, the band throws shows and parties.

Following a serendipitous encounter with a booking agent at one of these parties, and thanks to the strong support from their Brooklyn music community, the group evolved into what is now known as The Velvicks.

With influences ranging from Queens of The Stone Age, and Foo Fighters to The Black Keys and Radiohead, the band has been capable to develop a heart-pounding Rock that is at once familiar and distinctive.

Involved in a step-by-step ever-growing process, they combined the sounds of the band members’ individual experiences with a shared passion for authentic rock and roll.

Their debut performance as a band was at the legendary Irving Plaza in New York City. Thus far, the band’s music has been well received by industry pros, including serious label interest.

Over the last two years, the band has played local NYC venues like Rough Trade, National Sawdust, Surf Lodge and Gramercy Theater, and completed a West Coast Tour. During that time, they began writing their debut EP, “Run”, which they released in Summer 2020.

“Songs are making sense. The band is delivering badass live performances and people are responding to it.”

The Velvicks debut EP “RUN” was self-produced and recorded live, bringing out the band’s garage-style along with the most raw cue they have developed over the years.

Paying homage to the 70’s and 90’s “RUN” is a blend of hard rock energetic hooks. Bridging over multiple iconic rock bands, from Queens of the Stone Age to The Strokes, this EP clearly resonates as an exalting familiar sound solicitation, yet the whole delivery is completely new.

Brilliantly engineered and mixed by Max Low and Joe Ulmer, you could say “RUN” is revisiting the core essence of Rock. More than this, the way it’s doing this perfectly binds with a contemporary signature, which is expressed through clever and compelling songwriting hints.

From the dirty tone of the full-throttle runner “Hit Me Like Sugar”, to the hard-hitting, garage punk number “LDNYC (Lockdown NYC)”, a tribute to the heroes of the pandemic and to the band’s experience in lockdown, they are capable to offer a wide array of suggestions and connection points.

Animal Instincts By The Velvicks

Frontman Vick Nader discussed “Hit Me Like Sugar” in a statement, saying:

“This is our motorcycle song. The inspiration for this song was a hot biker Ed (the band’s drummer) and I met a couple years ago at a bar in Brooklyn. We were both stunned like teenagers by her and her passion for the motorcycling craft. We’ve never seen her again, but it was enough to inspire us to create this dirty toned/sexy/Motorhead vibe tune that is full throttle from the moment it starts until its abrupt ending. Just like a crash.”

"It's about how the lockdown has intricately impacted all levels of our psyche. It is affecting our cognitive ability to interpret ourselves in relation to our post pandemic world. We are trying to deal with it through a positive optic. In other words, a punch back right in the face of Covid19."

“Run” is the result of years of work, and you can feel it by the blood and sweat spilled out by every note, every chord, and every the band has chosen for the songs. Revisiting does not means copy, and they demonstrate to know and handle this truth very well.

Just give a listen to “Jones” and feel how genuine and honest is the aggressive and alcoholic bite of the track. Wants more? Then deepen into the folds of “Animal Instinct” and feel the gap between the quick pace of technology vs the slow pace of the humane and moral point of view.

The pinnacle of all this wealth of certain uncertainties that crowd our lives is condensed in the exciting title track. Tributing the wild ones, the fearless people, and crazy devils one encounters throughout life’s hurdles and jams, the track is the perfect synthesis of how the most vivid memories are still fuel on the fire even today.

Among the most interesting discoveries we’ve done over the last months, “RUN”, the debut EP by The Velvicks,” is an unmissable release. Dence, vibrant, and unforgettable, it’s something you’ll stick to, listening to it over and over again.

Listen now to “RUN”, the debut EP by The Velvicks, available in streaming on all major digital platforms. You can find your favorite via inktr.ee/thevelvicks

You can also discover The Velvicks music by listening to our playlist NOVA ERA, a weekly rotation featuring an eclectic selection of artists covered by Nova MUSIC blog.