Introducing Ella M. who will be releasing her debut EP this year.

A young and budding artist by way of London, the EP tells the story of Ella’s move to Los Angeles using fresh, honest R&B to relay struggles that come with it. Ella has quickly gained support from the community and the press, gaining praise from top Spotify playlists, KCRW, EARMILK, Grimy Goods, LadyGunn, and more.

An inspiring and coveted artist, Ella M.’s new track ‘Take Yourself Home’ is her internal dialogue toward success and the industry she’s in.

Ella shares: “This song is a response to industry heads dazzling me into multiple development deals and pulling the wool over my eyes. I came to the realization that I didn’t need this type of negative control in my life and that I could take care of it myself! I am basically telling them to ‘Take yourself home’.”

Listen now to ‘Take Yourself Home’, the latest single from Ella M., available on:

Born and raised in Reading England, Ella M. curated her musical influences in R&B, Soul, and Jazz from a young age. She began developing a wealth of music knowledge after moving to New York City with her family to study Opera and classical music performance at The New School. While studying, she collaborated with producers around the tri-state area and played shows for audiences at well-known venues such as Webster Hall and The Highline Ballroom. Realizing her performance style within the popular music realms Ella M. decided to explore her musical development further by following her roots back home to London. She began writing songs on guitar and piano while evolving her recorded style at Powerstudios. She kicked off her UK debut with a bang after recording and releasing her single ‘Don’t Know You’. This EDM anthem garnered praise from such staple publications as Billboard Sound Magazine, Hit Addiction Magazine, and Music Essentials Magazine. After performing an acoustic version of ‘Don’t Know You’ for BalconyTV London, Ella M. was placed on the Editor’s Pick list for 2 months running.

Needless to say, Ella found her footing in the London music scene and was moving quickly towards making the Pop/RnB music that she had always desired. While finishing her music degree at King’s College London, Ella began working with Jaya Lakshman (BBC Radio 2) and soon released her second single, ‘Waste My Time’ which grabbed the attention of Fresh Hip Hop R&B Magazine and RnB Magazine. After playing sold-out shows at staple London music venues such as, Alexandra Palace, Camden Assembly and The Troubadour, Ella graduated from King’s College London and moved to Los Angeles in the summer of 2019. Since the move, she has been working with multiple producers and has finished her Debut EP, YELLOW BLAZER. The EP tells the story of Ella’s move to Los Angeles using fresh, honest R&B to relay struggles that come with it. After releasing the first single off of the YELLOW BLAZER EP, ‘Myself’ garnered support from the community and the press, gaining praise from top Spotify playlists, KCRW, EARMILK, Grimy Goods, LadyGunn, and more. Ella is currently playing for audiences at iconic venues such as Peppermint Club, The Hotel Cafe, The Mint, Sofar Sounds and lots more. 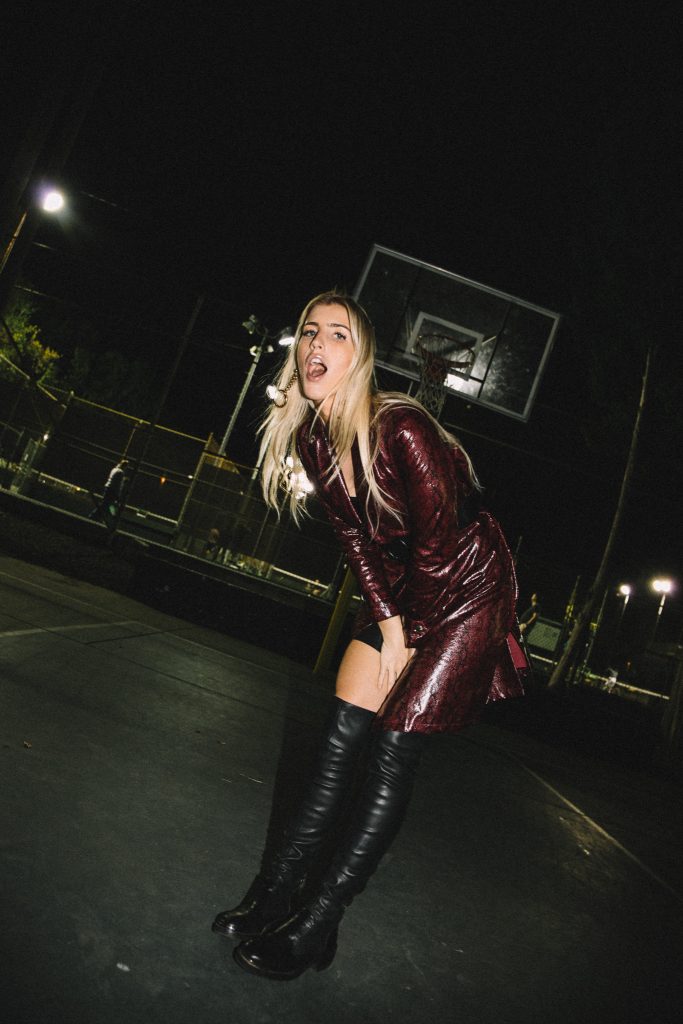 To find out more about Ella M. and her music, check the links below: