Dexperia // When I Am Alive

Out on August 14, ‘When I Am Alive’ is Dexperia’s latest single, a number of Electronic Dance that pushes further, towards Trance.

He defines himself as a blacksmith, capable of forging a musical weapon that gives you the power to feel alive. Thus the 22-year-old German artist Dexperia introduces his electronic music, and his love for melodic and harmonic instruments behind it is not too veiled.

By including in his productions live recorded instruments, such as guitars, trumpet and violin, Dexperia takes the synthetic aesthetic typical of electronic music and inoculates in it a personal touch that immediately distinguishes his style.

In a drift that is sometimes exploratory, sometimes connotative, his releases are an imaginative journey into the unexplored meanders of a personal creative vision: a tour around the Electronic world, to follow often unconventional paths, to discover characteristic vibrations.

Among the works published to date by Dexperia, the latest addition is the single ‘When I Am Alive’, released on August 14th.

Led by a dark and deep voice, lent by Dexperia’s best friend, ‘When I Am Alive’ is an excursus that pours like a gush directly out of the German artist’s creative vision.

Settled on pressing rhythmic structures, these unfold along cyclical patterns that follow one another in extensive repetitions, aiming to open an oneiric perspective, between dream and nightmare, between hope and despair, between research and bewilderment.

Listen now to ‘When I Am Alive’, the latest single from Dexperia, out on August 14th on Spotify.

To know more about Dexperia, find and follow him all over web by checking the links below:

Also, you can discover ‘When I Am Alive’ on NOVA ERA, our playlist featuring on a weekly rotation all the artists covered by Nova MUSIC blog. 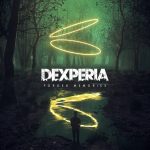 Forged Memories, the new EP from Dexperia, an innovative and electrifying sound experience.