the latest from David Ost is a beautiful song, with which he paints a captivating cinematic picture

giving light, breath, and a new sound to the stories about the not so lucky ones

A STORY LIKE A SONG. A SONG LIKE A MOVIE – It is only three years since David has rekindled his connection with music.

Electronic landscapes driven by acoustic guitar, folk poetry, the bittersweet veil of romance, earworms pop hooks. There are so many elements that emerge from his compositional flair as someone tries to analyze his music.

His fresh and modern expressive richness is tremendously rooted in the contemporary, or to put it better, with the fleeting instant of the current time and the now. It is a pictorial ability and a driving force with which he can involve everyone in his stories.

Drawing inspiration from his experience and what he sees around him, David creates lovely slides by showcasing a series of display cases, portrayed as moments made of passion, love, tenderness, and suffering.

Clearly, this is an incredibly thriving moment for David. In addition to releasing three singles, he added more depth to his statement with some live performances. In March, he went to his first open stage in Hamburg, while during September, he performed as a supporter on Tom Klose’s ‘Echoes’ tour with dates in various German cities such as Flensburg, Bremen, Hamburg, and others.

Nevertheless, while his ability to make stories universally understandable, relatable, and a recognizable part of our belongings, David’s is a music that leaves suitable space for imagination. It is as if he were reformulating that story so that on the one hand, it can acquire meaning for more people, and on the other hand, it can be interpreted by the listener. 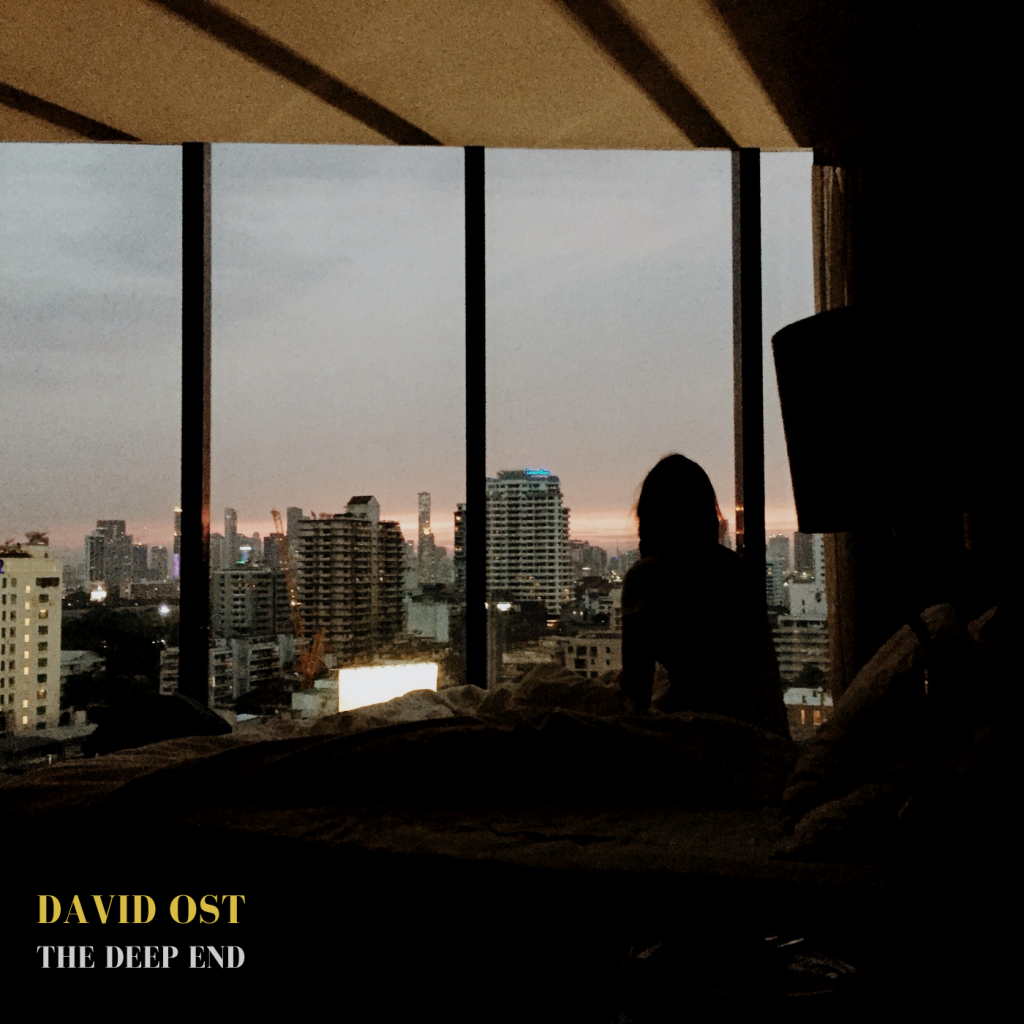 Close to the “less is more” mantra, so much in vogue in the producer scene, which here finds an impeccable example of how saying less than you actually want, leaving certain gaps and spaces to imagination and interpretation. This sensitivity and this artistic cue that David masterfully manipulates find impeccable representation and explanation in his latest work.

The clarity of the cleanliness of the musical delivery and the mix, the dynamics amiably modulated between valleys and hills, and the richness of a sound spectrum that is perfectly saturated in the key points, without ever exaggerating, are the key ingredients of a number that manages to keep an amazing organicity. The expressive pinnacles, even the subtly subdued ones, bring us to the brink of overwhelming discharges. Furthermore, the amazement and wonder grew further when we heard David’s three singles in succession practically by chance.

That organicity that we found in ‘The Deep End’ flows naturally and slides sinuously, guiding us effortlessly towards ‘Gamblers of Romance’ and ‘Some Of Your Songs’. Together these three singles form a thrilling and exciting triptych, of which ‘The Deep End’ is an impeccable opening.

It’s a brilliant, turbulent, dramatic, and loving show and represent the show by itself, even before being its soundtrack.

Among the most exciting discoveries we have made in recent months, David Ost proves to be a contemporary talent who already has all the credentials to go far. We can’t wait to find out what will come next.

Listen now to ‘The Deep End’, the latest single from David Ost, available for streaming on all the major digital platforms. You can find your favorite one via recordjet.promo.li/DavidOst_TheDeepEnd

To know more about David Ost and his music, find and follow him all over the web by checking the links below:

The release of ‘The Deep End’ is accompanied by an acoustic version. Check out the video on the David Ost’ YouTube channel.