DW brings to the table

Kissed by an angel

The credit goes not only to the vision and pen of DW, who wrote, arranged, and produced the title track and the vibrant Endless Void.

Here there is also a precious added value, represented by the creative diversity, not only of style and genre, provided by a rooster of session artists who make sparks on their instruments.

Two tracks, a thousand stars that DW turns on while the music of the double single, composed of the songs titled Kissed by an angel and Endless Void, flows with incisive fluency in and out of Dan Wande’s “mundus.”

The root of DW‘s new work lies with excellent effectiveness in the sound vision that the artist originally from Piteå, Sweden, has been able to develop and evolve up to here.

The previous Dragon Force and Way Back, two releases we had the pleasure of covering months ago – you can find links to our previous writings here: Dan Wande // Dragon Force and Dan Wande // Way Back – now acquire new vestige right in the optics of a path that sees Wande committed not only to release new music but also to develop his brand name DW, as an artist, as a musician, as a creator.

The arrival of Kissed by an angel and Endless Void is a very welcome surprise that makes us jump in front of the speakers from the very first notes. The locomotion and the drive, vectorized by the two pieces written by DW, find a special evolution also in the extra touch added by the artists that Wande has chosen for this new work.

To give energy and legs to this new two-track album is a new guy rumbling on the drum kit: the Italian Fabio Alessandrini, who normally plays drums in the Annihilator, a Canadian technical thrash metal band founded in 1984.

Another wonderful new addition is the Swedish Ulrica Backman, who sings the backing vocals with another Italian, Eugenio Paludi. Two full of character voices, which here subtly add different layers to that of DW.

As usual, there is no shortage of Mark Brown on keyboards, and Marcin Palider on bass, which we have greatly appreciated in Wande’s previous works.

Another presence that we find pleasing is that of the sharpshooting guitarist Giacomo Pasquali, whose 5-string fretboard is flanked by the lead of Adam Ward, who gives a nice touch of jazz tones on the Kissed by an angel solo.

The icing on the cake that seals and further embellishes this valuable release is the mix and mastering signed by Cristoffer Borg for Far Beyond Productions in Gothenborg.

As we said, this two-track single is certainly a child sprouted from the roots seen in the previous works of DW. And being Wande, an artist who has sung and produced music for over 40 years, nothing undermines the consistency of the delivery. 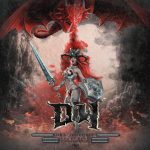 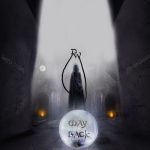 Dan Wande, Swedish artist who hybridizes Metal, Hard rock, and old-style, is out with the brand-new 3-track EP ‘Way Back’.

Yet here, Dan has not chosen to remain within a safe and well-grounded rut. So while the two songs swim in dark waters, there is an undertow wave in their belly that needs to erupt and emerge to the surface.

The thrust is that of a high-pressure gush. An underground geyser that tumultuously combines that typical metal feeling with a more “modern” approach fed by hard rock roots.

Not a sterile calculation, this operation is an exciting eruptive efflorescence that comes to us solid and natural, with DW literally rising the essence of his creative act.

It’s a compelling new perspective, which currently sees Wande in the process of putting together a line-up for some sort of tour in Sweden and maybe some gigs who knows where.

Dan is also working on a new vinyl EP, which along with the two tracks of this new double single, will also include 2 previously unreleased hard rock tracks. So you can bet we can’t wait to hear the next news from that act.

Listen now to Kissed by an angel, the latest double single by Dan Wande, available to stream on Spotify and YouTube.

To know more about Dan Wande and his music, find and follow Dan Wande all over the web by checking the links below:

You can also discover Kissed by an angel and Dan Wande music by listening to our playlist NOVA ERA, a weekly rotation featuring an eclectic selection of artists covered by Nova MUSIC blog.