Born and raised in Toronto, Canada, to immigrant parents, Hip-hop artist Dai Lo prides himself on his perseverance and work ethic: 28 weeks in, he’s shown no signs of slowing down; 28 weeks in so far he has not missed 1 Friday yet.

At the beginning of the year, Dai Lo announced that he’d planned on releasing 53 straight music videos in 2021. 1 for every Friday of the year.

A magnetic artist with an exciting overlook, the one conceived by Dai lo is a compelling and demanding project, which we have already had the opportunity to meet one of his previous aces released not many Fridays ago.

That previous issue was # 17, titled The Dark: single and video that we covered in our previous writing. If you missed it you can find it right here: Dai Lo // The Dark

As we said with this Go Flex Dai reaches 53 since the beginning of the year. Dropping a new work is no small thing for an artist nowadays. Churning out a new one every week is even more of a challenge.

And if these 53 numbers are all gushes of gasoline thrown to fuel a fire of perseverance and work ethic at the service of creativity, here we discover an act that deserves much more than a mere listening.

Thus, while with this Go Flex Dai Lo closes his prolific sequence of captivating singles and eye-catiching videos with exhilarating energy, we can see how the effort put by the artist so far is aimed at condensing into a point that is not an end, but the beginning of something that is set to come.

A point that, by changing the perspective, can only turn out to be the head of a long line that runs straight to straight towards an even more distant horizon.

Listen now to Go Flex, the latest Video by Dai Lo, available in streaming on all major digital platforms. You can find your favorite one via music.dailo.live/goflex

To know more about Dai Lo and his music, find and follow Dai Lo all over the web by checking the links below: 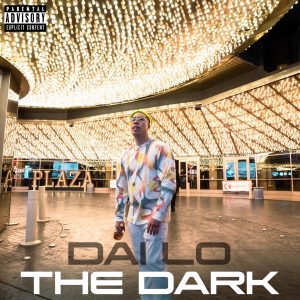 From hard-hitting Hip-hop Trap artist Dai Lo comes “The Dark,” video # 17 part of a series of 53 straight visuals he is going to release every Friday of the year.