Featuring BFlame and his upcoming album ‘Flamed Up’: a new version of hip-hop, enriched with harmonized vocal fluidity.

BFlame is a Midwest American hip hop artist who, after the recent release of his first album Millionaire’s Mind, is about to release his first EP Flamed Up, scheduled for October 24th.

As the title of the release already announces, it is to be expected that Flamed Up, too, will be pure fire that BFlame will spread on the hip-hop music scene.

With Millionaire’s Mind BFlame has already shown that he has the numbers and capabilities to bring a breath of fresh air to the modern hip-hop genre.

Many people from the scene seem stuck in the same old clichés. But with BFlame it is not so. His music is full of heart.

His tracks have a very modern and refined production, which allows the mix to stand out for its clarity and depth. His sound is characterized by a fat and incisive low band, while the middle range is warm, and present.

These are just some of the merits that emerge from the production of BFlame, in which meticulousness and methodology are combined with the most instinctive inspiration.

This is how BFlame shapes and harmonizes his music, making it run smoothly from hip-hop to R&B to rock. His are vivid creations, which aim straight at the heart of the listener.

BFlame is a phenomenal example of an artist who really wants to do what he is passionate about. He has a lot of personality and a very powerful creative vision that he wants to share, without pursuing trends that we have already been fed endlessly.

The prerequisites are all there. Flamed Up is coming soon. October 24th is near. We are ready to be bathed in the new BFlame fire. And you?

Discover all the BFlame‘s music, available worldwide, on all streaming platforms. 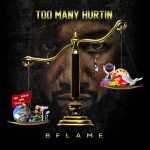 BFLAME is back under the spotlights with the compelling R&B Reggae single Too Many Hurtin’. 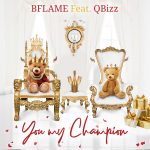 BFlame is back with his new single ‘You My Champion’ bringing us the most advanced and mature version of his style. 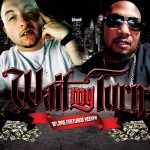 American southern Midwest hip-hop artist Bflame is going to strike back with a new release featuring Yeekyk, a single titled ‘Wait My Turn’.