Up-and-coming hip-hop artist Angelo Devinci is back with a new compelling official video for his latest single ‘Dreams to Reality’.

The 23-year-old musician, producer, singer and songwriter from Detroit, Michigan, continues to feed his artistic growth, focused as he is on achieving his goal of becoming a great independent artist. Writing music about his real life and struggles, inspired by old rock from the ‘70s and the sound of Motown Soul music from the ‘60s, Angelo accompanies us through his life, full of ups and downs.

After meeting him with the previous single ‘Ice Cold Hearts’ Devinci is back with a new work, romantically immersed in his characteristic creative furrow.

We are talking about the official video for ‘Dreams to Reality’, a visual that Angelo shot for only $ 100, and which sees him perform on the notes of his latest song.

Here, with a sleek melody imbued with vocal effects, the track moves on an asynchronous, bass-laden beat, enhancing with soft roundness that distinctive stylistic trait that is increasingly becoming a trademark for Angelo Devinci.

Nothing can stop me

To find out more about Angelo Devinci and his music, find and follow him all over the web by checking the links below: 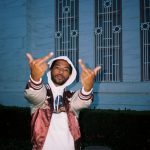