Singer-songwriter, composer, and producer Allison Tartalia releases the brand-new single “Rise” under the moniker of her solo project Alison’s Invention.

Allison Tartalia is an Emmy-nominated composer who has written and produced music for “5,000 Miles From Home,” a documentary about the lives of Italian American World War II veterans.

Allison received an Emmy nomination and a Telly Award in recognition of the music she composed for this film, which was aired on Chicago’s WTTW (PBS),

She scored the 2016 feature-length romantic comedy, “Get Happy,” an official selection at the Montreal Film Festival, awarded as Best Romantic Comedy at the Manhattan Film Festival, and now available for streaming on Amazon Prime.

Moreover, she has also composed and arranged two original full-length musicals, 1918: A House Divided and Birds on Fire (book and lyrics by Barbara Kahn), both produced by New York City’s Pulitzer Prize-winning Theater for the New City.

Her music has been placed in numerous films and TV shows, including the feature Madtown (starring Milo Ventimiglia), Lifetime’s Dance Moms, NBC’s Last Call with Carson Daly and Don’t Be Tardy for the Wedding, and has been heard on Bravo, Oxygen and TLC.

But despite the considerable recognitions she has gotten, Allison hasn’t sat down yet. Earlier this year she went back to school to pursue her MFA in music composition. A step that this prolific artist has defined as the biggest development for her.

This novelty has led her to new creative explorations and new musical ideas, including digging deeper than ever before into scoring new compositions. Among these is her most recent production, the single titled “Rise”, which she released on October 30th under the moniker of Allison’s Invention.

The song is a meaningful result, which we can scroll and touch like an exquisite summary, printed on an introductory page of a book that is yet to come.

As the title suggests, there is a truly remarkable evocative power inherent in “Rise.” We can feel the driving force, raw and coveted, of being inflamed, arising stronger and more ardent than before, like the mythological figure of the phoenix returning to the light from its ashes. The narration offers a succession of cycles, musically decisive, which follow one another uphill, aiming to expand, involve, and elevate us.

Reconfirmed as a very talented composer, Allison’s Invention is a welcome surprise to accompany us towards the end of a disastrous year. The ashes to leave behind are plentiful. The desire and need to rekindle is as indispensable as it is craved. And “Rise” is a great soundtrack for all of this.

Listen now to "Rise," the latest Single by Allison's Invention, available in streaming on all major digital platforms. You can find your favorite one via , , , " href=", , , " target="_blank" rel="noopener">, , , 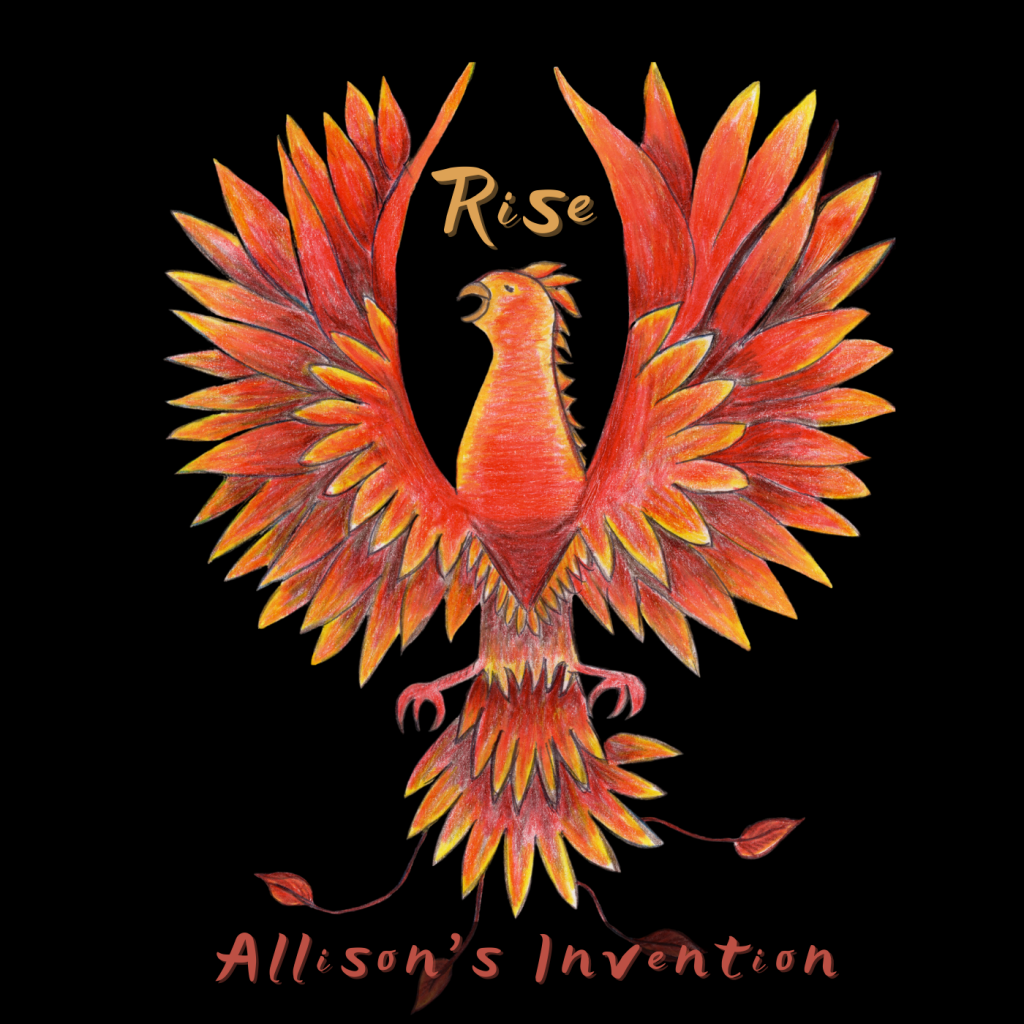