Ronald ‘Aeon Salone’ Lewis is a first-generation African American born in Brooklyn, a direct descendant of Sir Samuel Lewis, the first mayor of Freetown, Sierra Leone; undoubtedly a prolific and inspired artist, Ronald has been writing, producing, designing and performing since around 2003.

Having graduated from Full Sail University with a degree in recording arts and degrees in Business Music in 2007, among his first works published as Full Sail Idol the one that stand out are the first EP, titled ‘I-Ology The EP’, and the single ‘Afrika’, that was played on MTV2 as part of the Dew Circuit Breakout.

Since then Ronald has published many projects and mixtapes, including ‘Mind of a Rebel’, ‘Cloud Music’ and ‘Men of Honor’, distributed under the moniker Aeon The Ace.

In 2013 he started with Six10 Media Worldwide, while in 2019 he opened his first recording studio. Today, with a new name inspired by his daughters, Aeon Salone has planned three projects for 2020, including ‘the compelling 10-track album  ‘Diction’.

Vibrant and incisive, in ‘Diction’ Aeon Salone’s flow fluctuates, bounces and moves between exciting bars, giving life to a fresh and dense musical delivery, which is never obvious and always full of hooks and details that will keep you glued to the speakers for hours.

Organic, enthralling, energizing and capable of opening his sound to wide horizons, with ‘Diction’ Aeon Salone gives us an unmissable collection of 10 impeccably produced hip-hop numbers, with which he definitively demonstrates all his depth and artistic maturity.

A must, and not only for lovers of the genre.

Listen now to ‘Diction’, the latest album from Aeon Salone, available for streaming on all the major digital platforms.

To know more about Aeon Salone, find and follow him all over the web, by checking the links below: 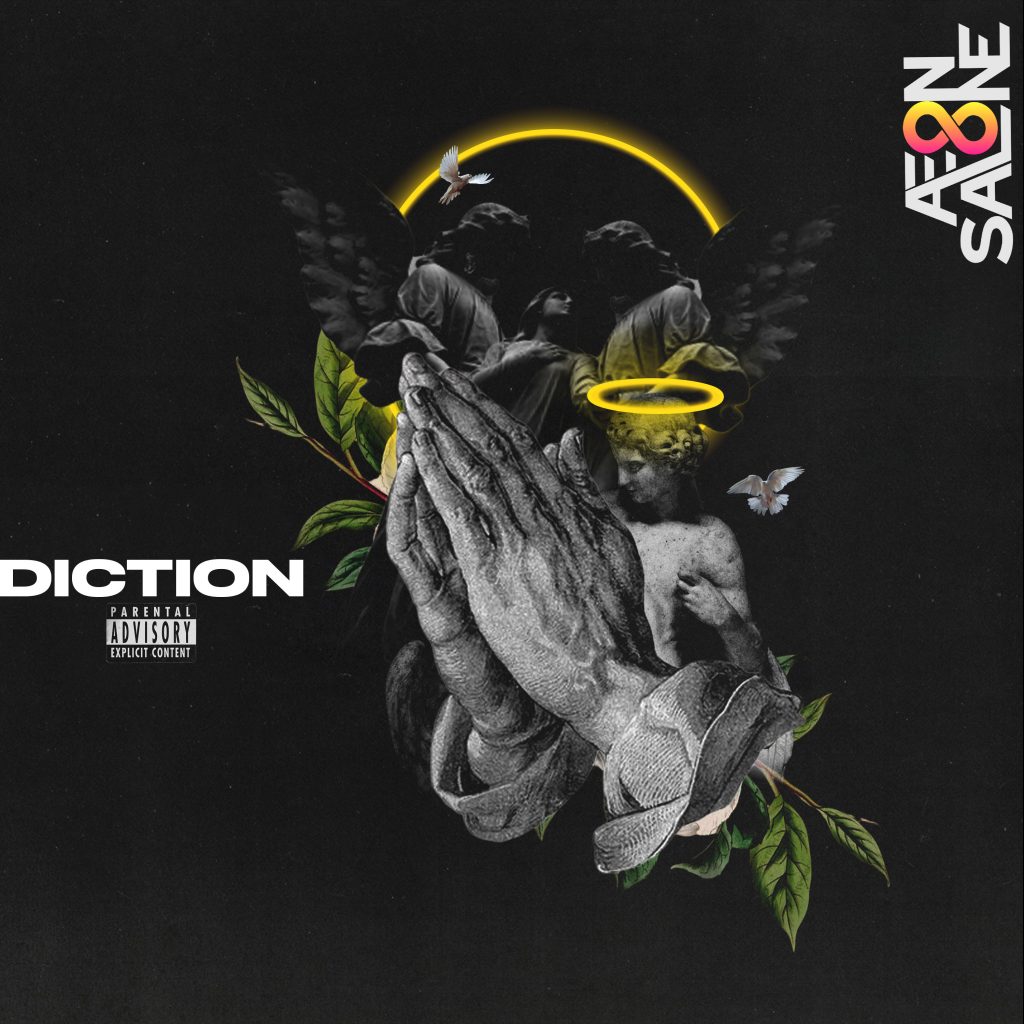